Another Bitcoin drop awaits? Here’s what analysts are saying


Bitcoin [BTC] can be considered as one of the worst hit tokens since the Ethereum [ETH] Merge last week. The token even dived to its three-month lows since last week as it crashed to below $18,500. However, at the time of writing, BTC did witness a major uptick as the price surged by 4.7% to stand at $19,400. Despite climbing back above $19,400, the sentiment around BTC looks negative.

As per Santiment, social trends in the last week have taken a major turn. Cryptocurrencies such as ETH and Cardano [ADA] have seen a massive uptick related to their respective upgrades.

However, one of the fatalities of this narrative has been Bitcoin, as it saw a sharp decline of 17.5% in social volume. Historically, a higher social trend has always appreciated Bitcoin’s prices in the short-run at least.

📉 #Crypto markets have obviously taken a big hit over the past week, but it’s interesting to see where social interests have shifted. $ETH, $XRP, $ADA, $MATIC, and $SHIB have increased in discussions, while most other assets are being discussed far less. https://t.co/B461oasvSr pic.twitter.com/c6FVIS90gG

One of the major bearish remarks for Bitcoin is the fading of “buy the dip” calls in the market. As Santiment reported, traders were earlier “bragging” about buying the dip but the situation has changed since. The update also claimed there is “polarization” in the market. 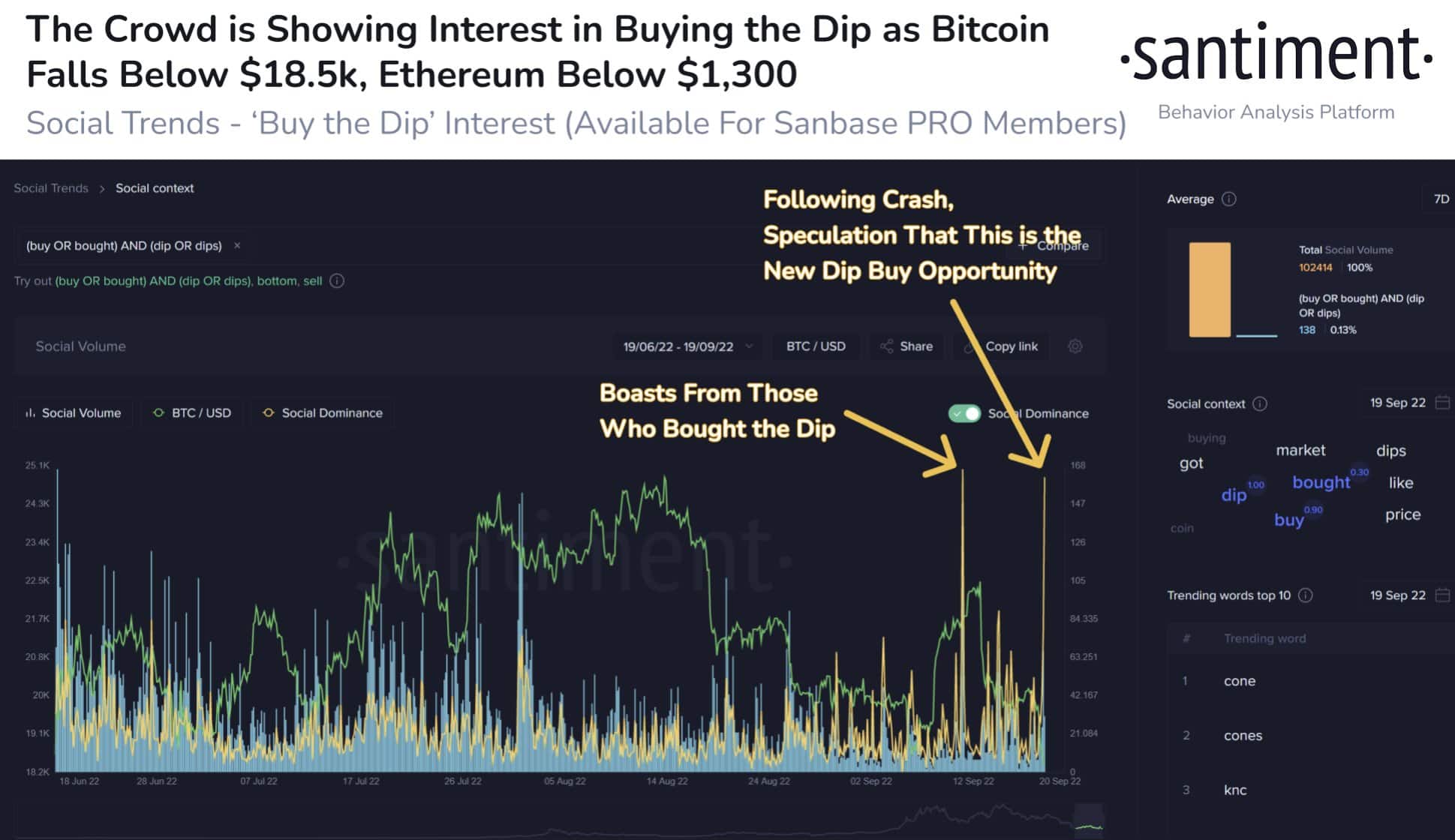 Out of the blue? Not really!

As reported earlier, the sell-off has been expected in the market after heavy coin inflows into exchanges. Between 7 September and 14 September, 1.69 million BTC that stood to be worth $33.5 billion was sent to exchanges. According to Santiment, this was the highest BTC volume moved since October 2021.

However, another factor is beginning to open the cracks in Bitcoin. Per a recent Glassnode update, Median Transaction Volume (7d MA) just reached a two-year low of $469.39. This showed a reducing trend around Bitcoin favouritism in the crypto market. For any major upturn in fortunes, there is now a desperate need for Bitcoin to ramp up volume. 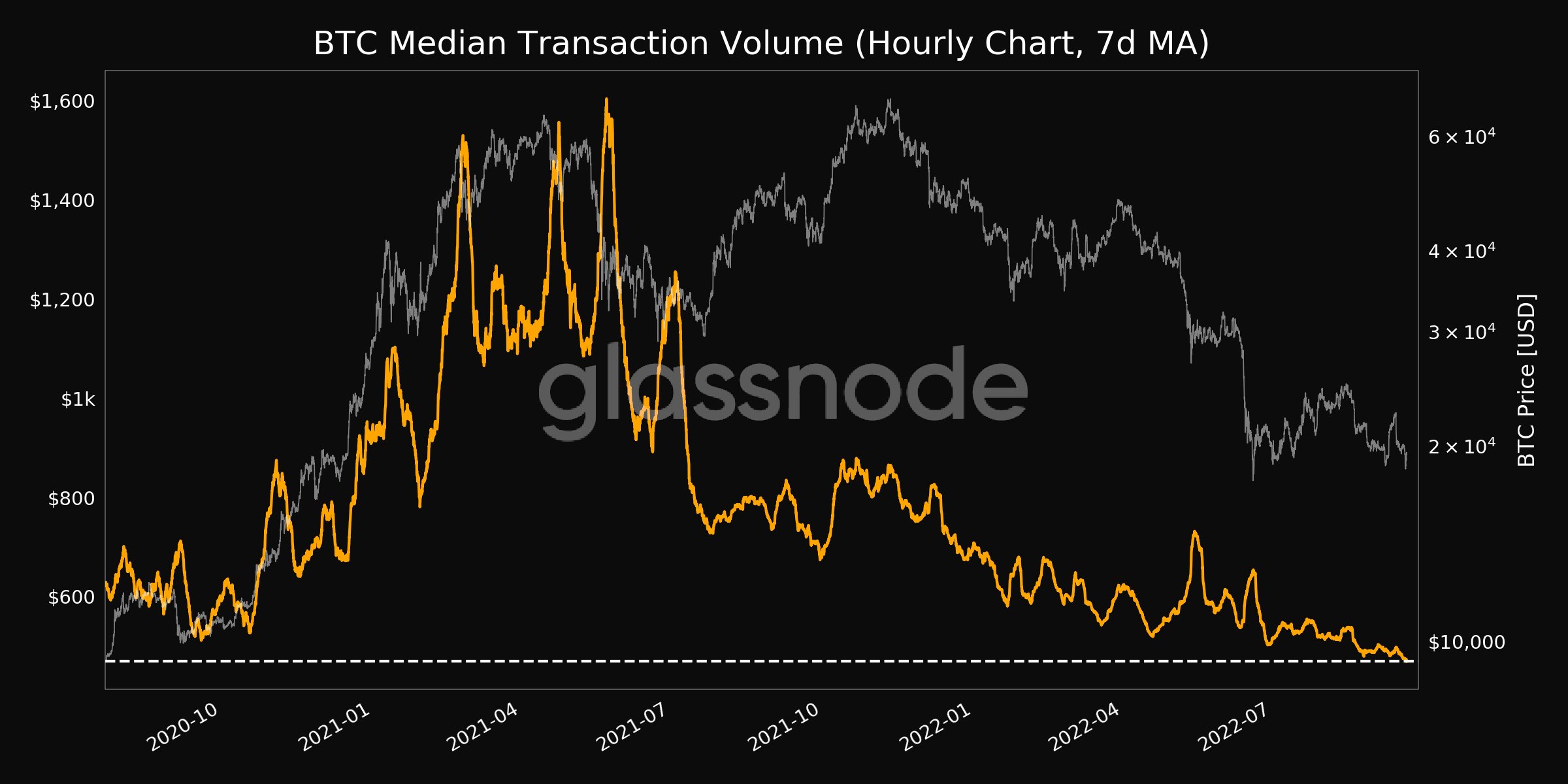 Furthermore, crypto enthusiast and co-founder of Reflexivity Research, Will Clemente, provided an overdue optimistic update for the Bitcoin community. He stated that despite a major 60% fall in prices since last year, 65% of Bitcoin’s supply did not move in same period.

This has further incentivized the sentiment regarding Bitcoin to curb the bearish influences. This means that BTC long-term holders still believe in the token since they are yet to exit their positions. 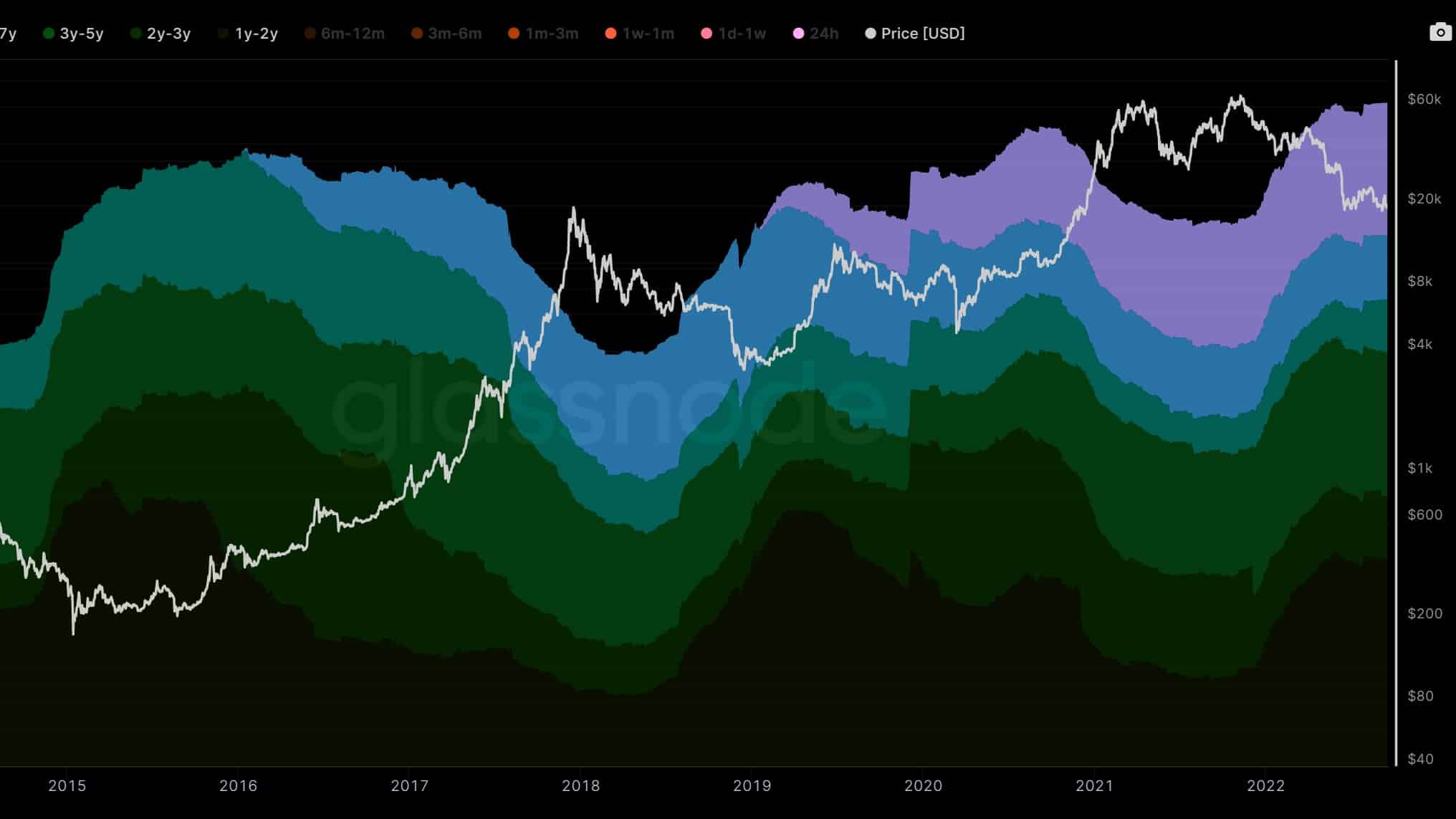 Perhaps, the future of Bitcoin is the biggest mystery in the crypto market at the moment.

ETHPoW’s 70% rise may excite traders, but is the upside here to last