Shiba Inu [SHIB] short-term traders and long-term investors may need to be alert after the coin decided to choose stagnancy. Over the last two weeks, SHIB’s volatility has consolidated around the same spot.

For a cryptocurrency that thrives on speculation, this was an unusual trait. However, as things stand, this lack of volatility does not seem in the favor of buyers or sellers.

As per price action, SHIB could be seen choosing to hold on to a similar support level since September began. Between 2 September and 4 September, the four-hour chart showed holding support between $0.00001205 and $0.00001227.

Taking the days forward from 7 September to 9 September, SHIB maintained its stance around the same support. Per the charts, SHIB held support at $0.00001222 and 0.00001205 again within that time frame. 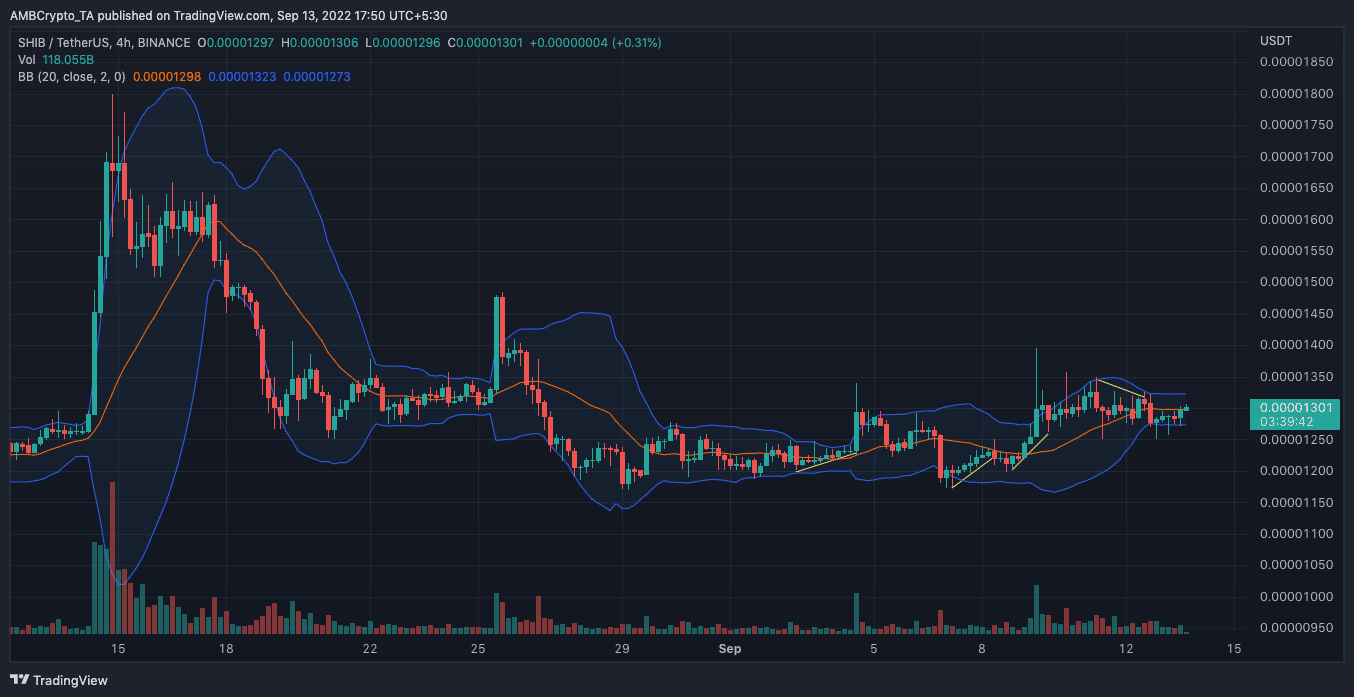 Looking at the signs from the Bollinger Bands (BB), it can be ascertained that SHIB reduced volatility at press time, compared to what it was yesterday (12 September).

The notable aspect was how the price was going out of the volatility level. With this momentum, it could provide an avenue for shorts to profit.

Additionally, the signs look glaring since SHIB was already recording declines. Despite an almost 20% surge on 9 September, CoinMarketCap showed that SHIB was down $0.98% in the last 24 hours.

The SHIB volume had also decreased to $431.12 million from yesterday (12 September). As the meme cryptocurrency continues to hold on to less volatility, traders in long positions may also need to reconsider their stance. But what is the condition from the Exponential Moving Average (EMA) angle?

According to indications from the 20 EMA (blue) and 50 EMA (yellow), SHIB should be sustaining a good buying momentum. However, the price performance mentioned earlier seems to disagree.

The reason was that the 50 EMA was keeping the 20 EMA on its toes by staging close by. As a result of this “chase,’  it is unlikely that the buyer’s strength will reflect in the coin’s price.

For short-term investors, the 200 EMA (cyan) showed that SHIB might not favor a price uptick in the coming weeks. However, since the token moved mostly with the Bitcoin [BTC] momentum, all hopes may not be in turmoil. 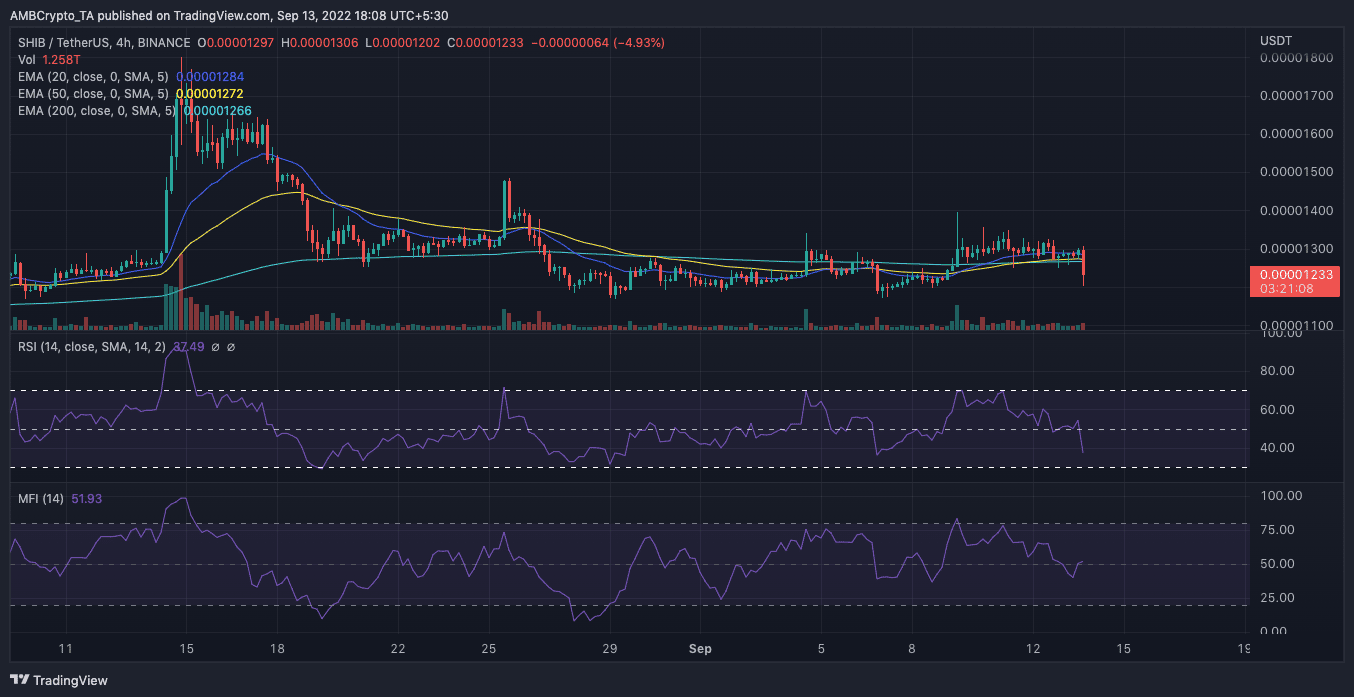 The Relative Strength Index (RSI) also revealed that buyers had lost their stronghold after falling from the overbought level on 11 September.

With the Money Flow Index (MFI) showing some revival signs, SHIB traders expecting greens may hope it helps. Still, considering that price drops further may possibly be a wise take.