Polkadot has outpaced a lot of its competitors when it comes to its development activities. Several system activities such as parachain lease auction besides new statemint upgrade have played a prominent role.

In the chart below, it can be clearly seen that DOT, after July, has done better than Bitcoin, Cardano, Solana, and Tron.

This could be seen as a positive sign for the network. It clearly hints that the developers have been working hard to make improvements and add new features.

One explanation for the increase in developer activity might be the parachain auction, which will allow developers to construct new crypto assets and decentralized apps (dApps) on top of the two sister blockchains — Polkadot and Kusama

But there’s more to the story, the Polkadot community has proposed to update Polkadot’s Statemint, an assets parachain that provides functionality for deploying and transferring assets — both Fungible and Non-Fungible Tokens (NFTs). The update will be to version v9270.

The increasing development activity has garnered the interest of some whales as well with DOT being one of the most used smart contracts among the top 4000 BSC whales in the last 24 hrs of 12 September.

Although Polkadot has seen some encouraging developments, there are still some concerns. Its volume dropped substantially in the previous week, falling by around 51.61%.

Polkadot’s marketcap dominance has taken a hit as well and has depreciated by 9.24% in the last 30 days. 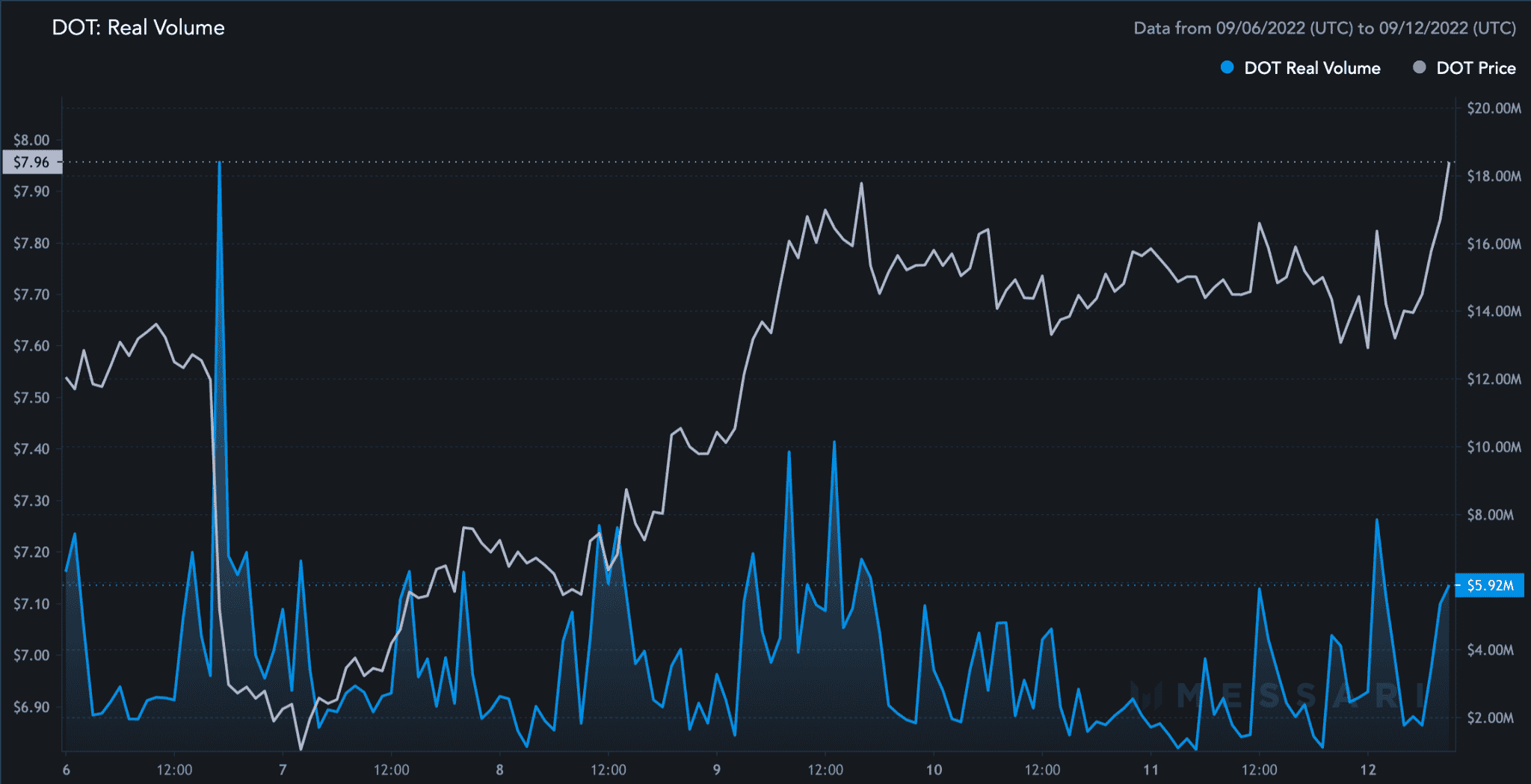 Although numerous elements are favorable to Polkadot, readers should use caution before engaging in a transaction.

BNB and BUSD holders, this Binance announcement can affect…

A-Z of how the BNB Chain fared in September