Shiba Inu [SHIB] has a market cap of $6.7 billion, despite being dubbed a meme coin. Long-term investors in crypto are not likely to be enthused by the prospects of Shiba Inu.

Short-term traders could still stand to profit from the price movements of SHIB. Bitcoin [BTC] saw a minor bounce above the $19k mark in recent hours, but buyers must remain cautious as another drop remained possible. 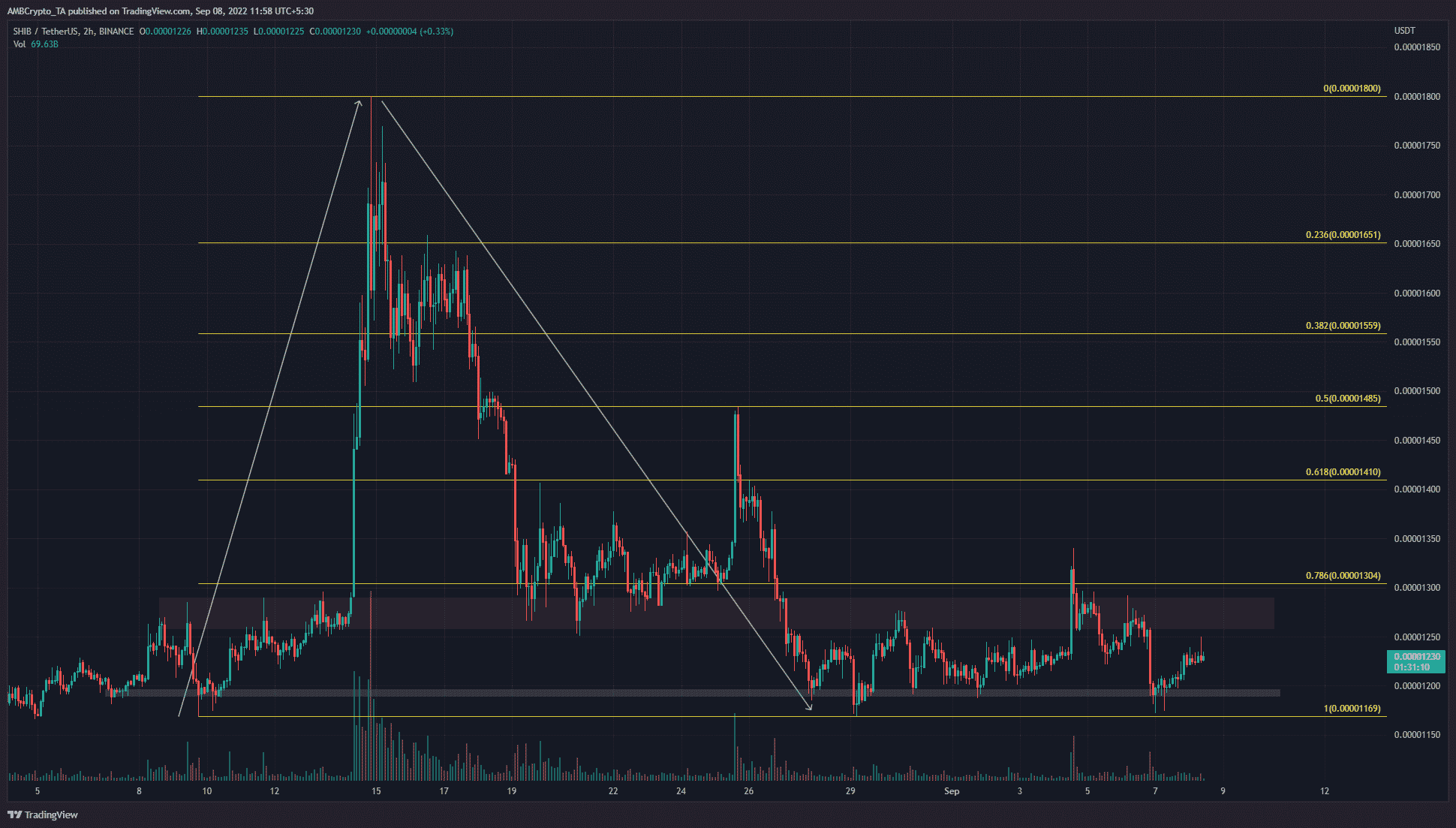 At the time of writing, the price was between two important short-term support and resistance zones. Support lay at $0.00001194, highlighted by the cyan box. Resistance was at $0.00001267, marked in red.

Both these areas lie about 3% from where SHIB traded at the time of writing. Hence, a trading opportunity was not yet present. A buy or sell opportunity could arise over the next week, and Bitcoin’s movement could have a large impact as well. 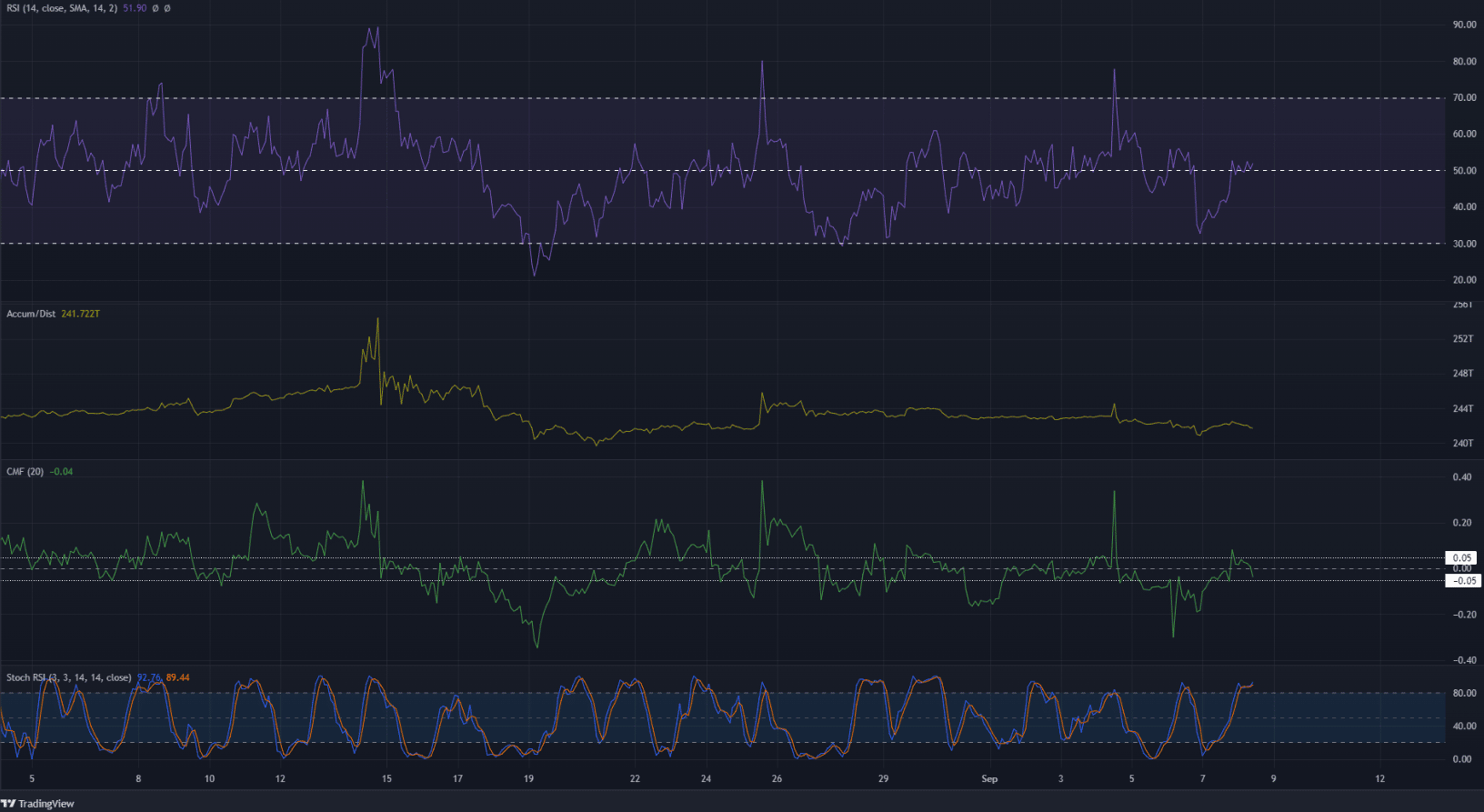 The indicators were somewhat neutral for SHIB. The Relative Strength Index (RSI) straddled the fence at neutral 50. Momentum was not in favor of either the bulls or the bears.

The Accumulation/Distribution (A/D) line has crept downward very slightly over the past couple of days. At the same time, the Chaikin Money Flow (CMF) also sat in neutral territory between the +0.05 and -0.05 values.

The inference from the volume indicators was that neither buying nor selling pressure was dominant. If this changed, momentum could arise in the market, and that could offer a trading opportunity.

In the event that Shiba Inu sees a dip toward the highlighted support area (cyan), a buying opportunity could arise. It would be dependent on Bitcoin being able to hold on to this week’s lows at $18.5k.

A retest of the resistance northward could also open up a SHIB long opportunity. As things stood, patience was warranted as a strong trend was not present.

Bitcoin is real money, a “safe haven” asset as per this big-name in finance

Bitcoin: Assessing the odds of BTC living up to its history of a profitable Q4

Frutti Dino’s FDT token to be listed on Huobi Global and Gate.io