Chainlink [LINK]: Supply shock might be in the works, here’s why

Fantom has traded within a range since the sharp drop in early May. This four-month-old range was yet to be broken. In the past ten days, the price moved beneath the mid-point of the aforementioned range.

Bitcoin also looked bearish on the price charts, and the month of September could see further losses. Such a move downward for Bitcoin could see Fantom shed value as well, to reach its range lows. 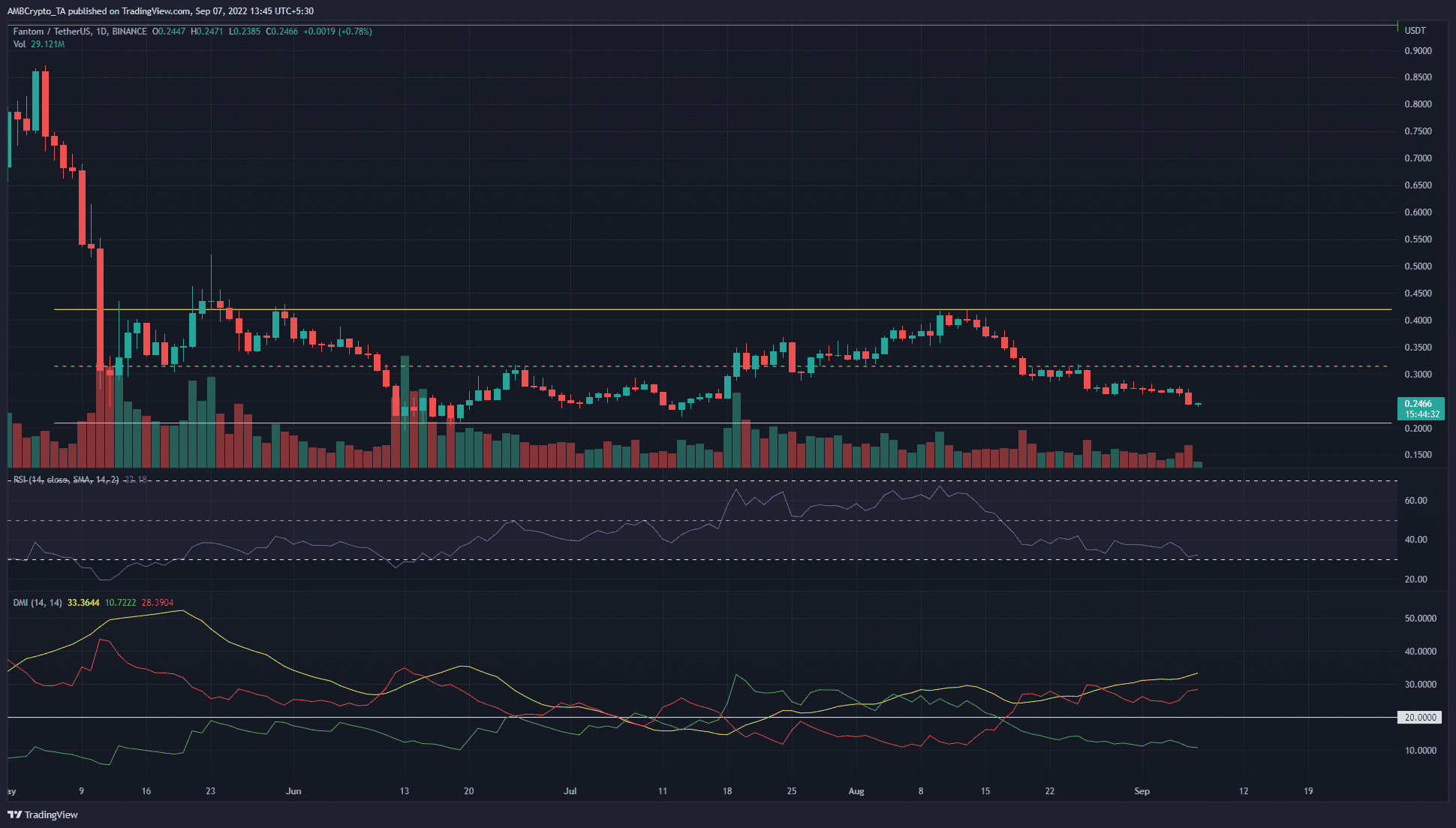 On the daily timeframe, the range (yellow) on the price chart was from $0.42 to $0.2. Its mid-point sat at $0.32. In August, this level was flipped from support to resistance on the daily timeframe. On shorter timeframes, FTM has been in a downtrend since early August.

At the same time that the mid-point was broken as support, the RSI also fell beneath the neutral 50 mark. This showed growing bearish sentiment. The DMI also saw its ADX (yellow) and -DI (red) continue to ascend above the 20 mark. The inference was, once again, the strengthening of a downward trend. 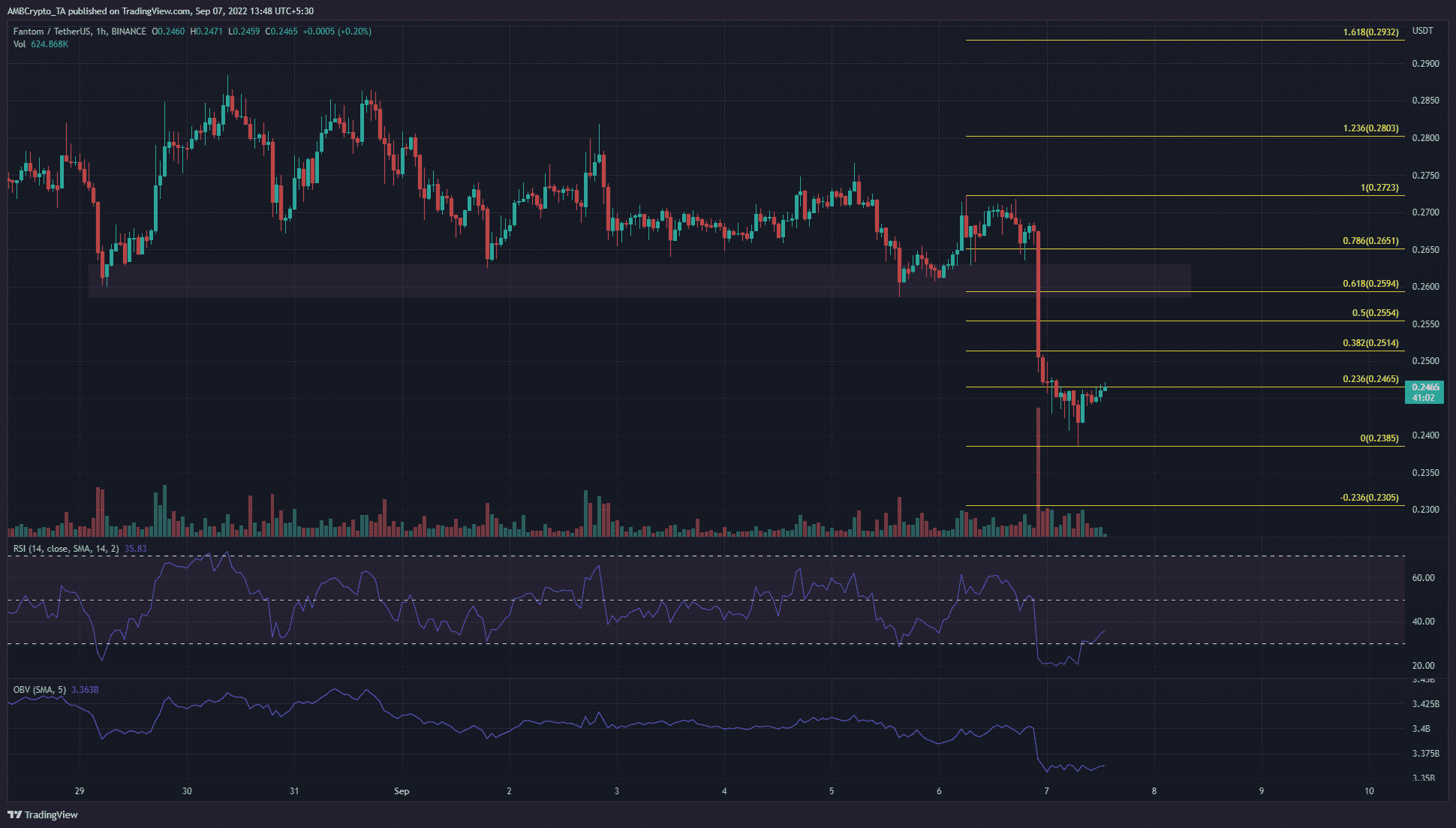 On the hourly chart, the past ten days saw the volatility reduce. The price hugged the $0.26 support zone as it bounced weakly off the same area. Eventually, the bulls were exhausted. The sharp drop of the previous day saw FTM create a large candle downward.

The RSI was firmly bearish and clambered above the 30 mark, but the sellers still held sway. The OBV also saw a sharp drop to highlight heightened selling volume in recent hours.

The daily timeframe chart showed that a move to the $0.2 region could offer an attractive buying opportunity. In the meantime, the higher timeframe bias was southward.

On the hourly chart, a bounce toward the $0.25 area could materialize. Such a move would be safer to sell than to buy. The bears have shown their dominance yet again, and the market structure did not encourage buying. The 23.6% extension level at $0.23 can be used to take profit on shorts from the $0.25 zone.