Bitcoin [BTC] appears to be on the losing side of the crypto market as altcoins gain momentum. With the Merge and Vasil hardfork coming up, Ethereum [ETH] and Cardano [ADA] are increasingly getting into the spotlight.

This leaves Bitcoin with a stern downward pressure as it tackles its way through September. Moreover, crypto analyst Ali Martinez reported that Bitcoin’s dominance has dropped below 39% for the first time since 2018.

This is worrying news for Bitcoin maximalists as the altcoins keep gaining ground on the crypto king. 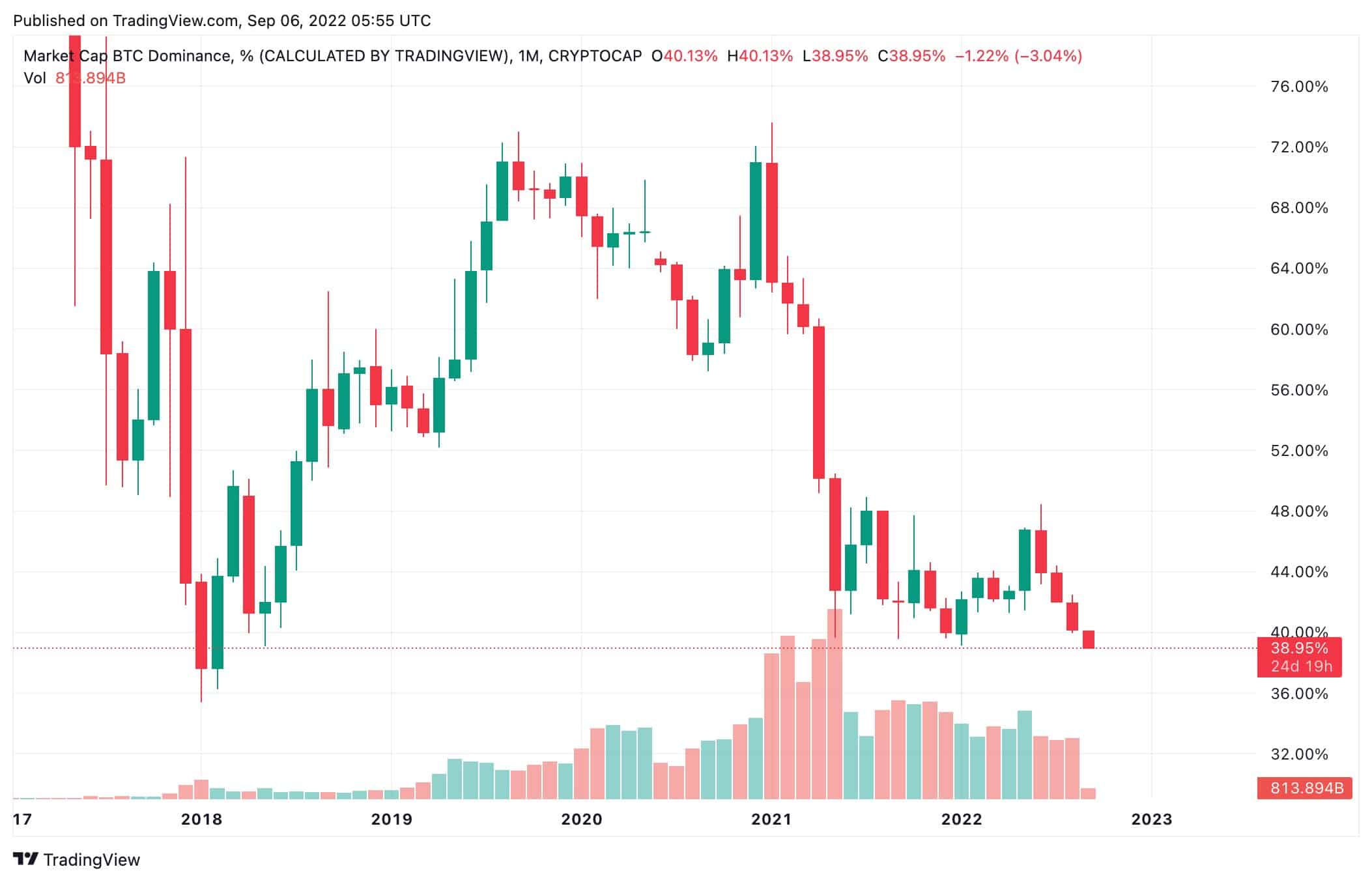 Popular crypto analysts have also pointed out a worrying pattern of Bitcoin’s past performances in September.

For instance, one analyst revealed that in nine of the past 12 September, Bitcoin has ended in the red. Meanwhile, Glassnode reported that 19.29 million BTC addresses were holding losses on 7 September. 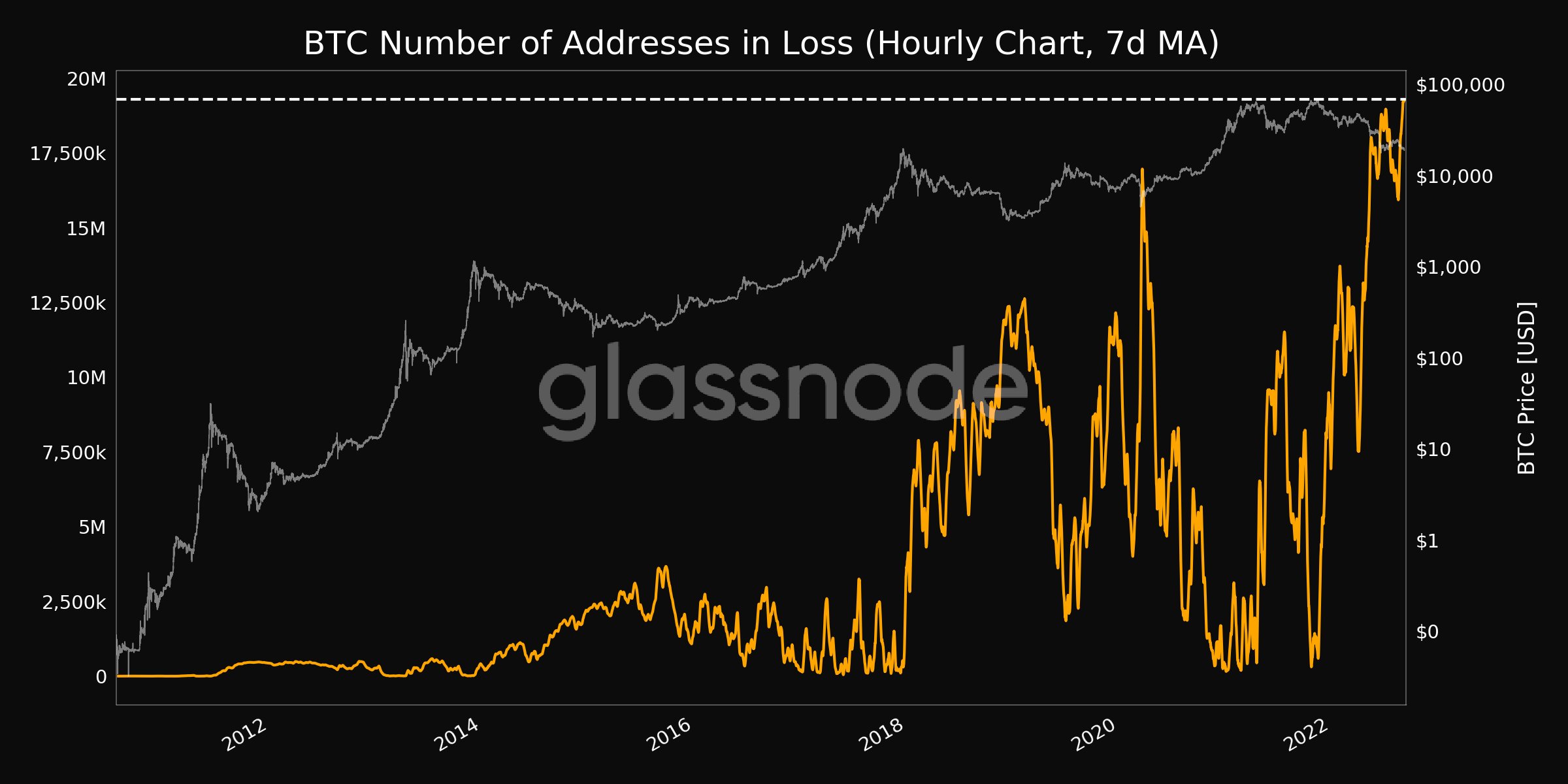 The analytic firm further reported about another possible bear market movement from Bitcoin in a recent update. It asserted that over 65.77% of the circulating BTC supply, around 12.589 million BTC, has remained dormant for at least a year.

Historically, an increasing dormant supply is a characteristic of “Bitcoin bear markets.” This adds to the pain of the maximalists who have been waiting eagerly, to say the least, for a price breakout. 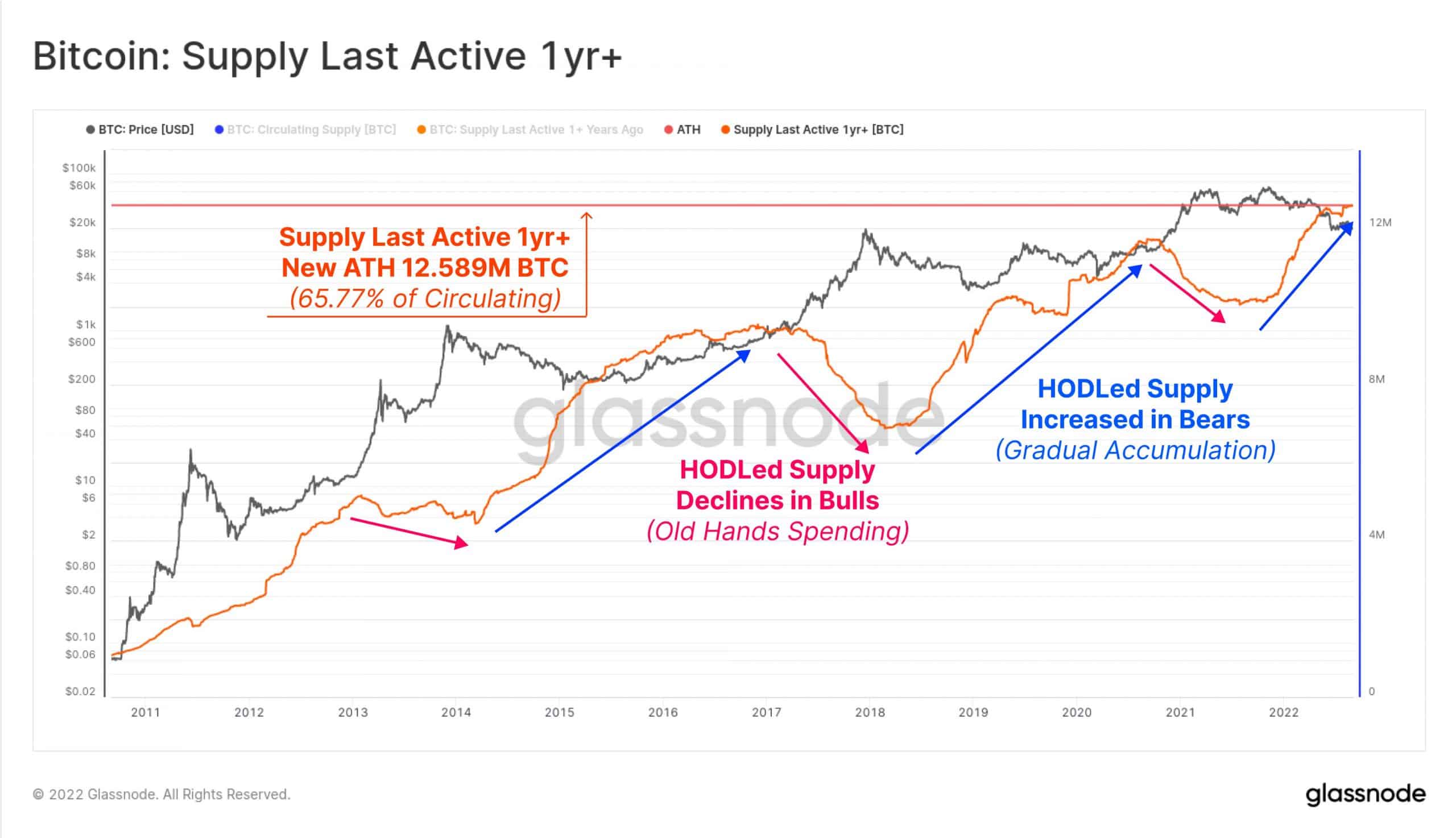 An author based on CryptoQuant called BaroVirtual, signaled a period of short-term volatility. The analyst looked at the trending pattern of Net Unrealized Profits (NUP) which follows a short-term period of volatility.

Curiously, we have seen a huge jump in NUP among Bitcoin holders which has predominantly led to a downward price movement due to “excessive greed” among investors. In this regard, the analyst further stated,

“That BTC could move in a more measured rhythm; sooner or later, it will have to cool such a high value of NUP.”

However, another analyst called CryptoCapo was optimistic about a possible bullish activity. In the latest tweet, the analyst said, “Big long position” will result in an incoming bounce.

This should come as a timely uptick in sentiment for the crypto community despite the recent drop in Bitcoin dominance. 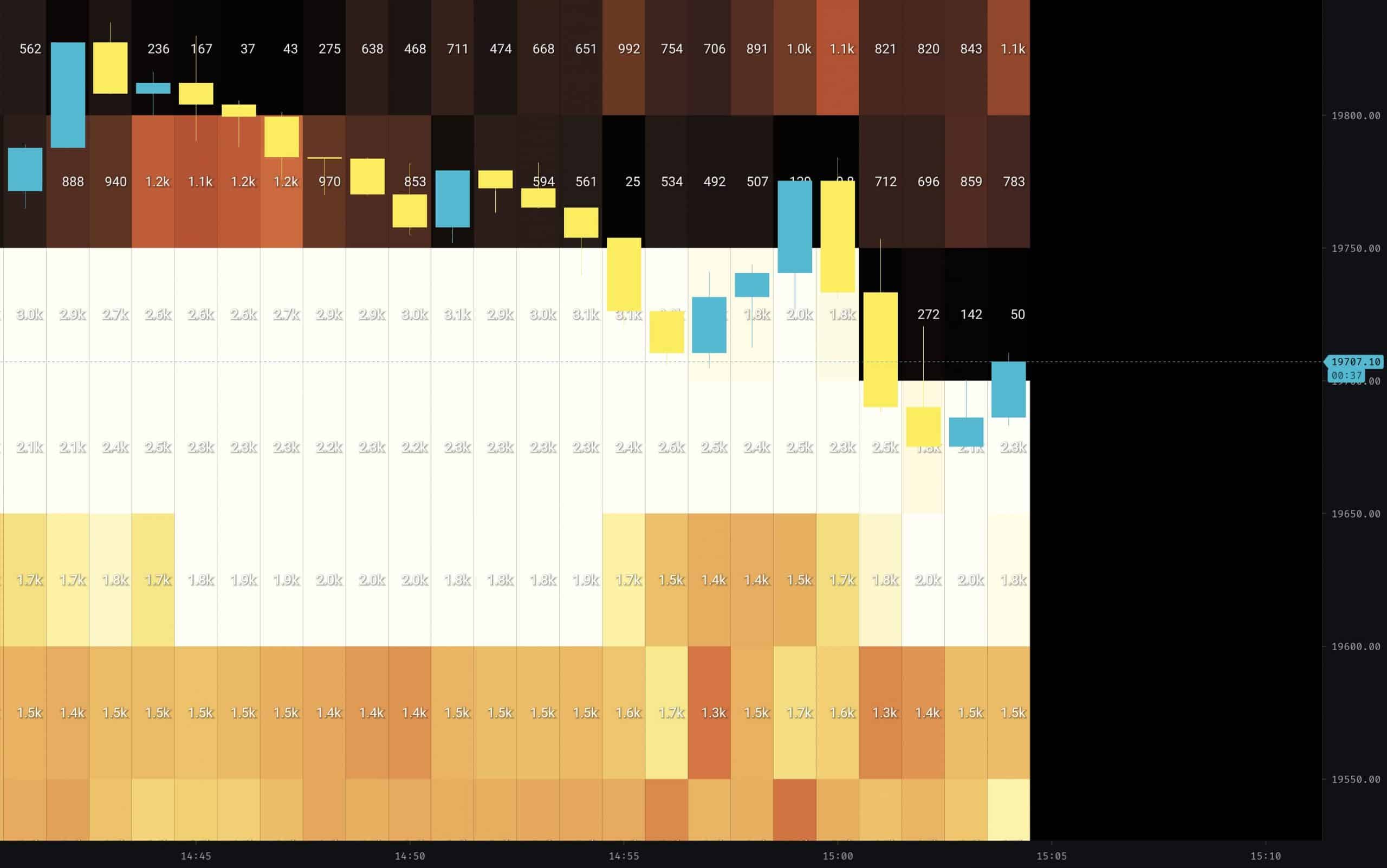