Coinglass data showed $364 million worth of liquidations over the past 24 hours. This came in the wake of a 7% drop in Bitcoin’s [BTC] price within the past day.

Litecoin [LTC] followed in the footsteps of Bitcoin, alongside the rest of the altcoin market. The longer-term view for Litecoin was to look for opportunities within the range LTC established over the past three months. 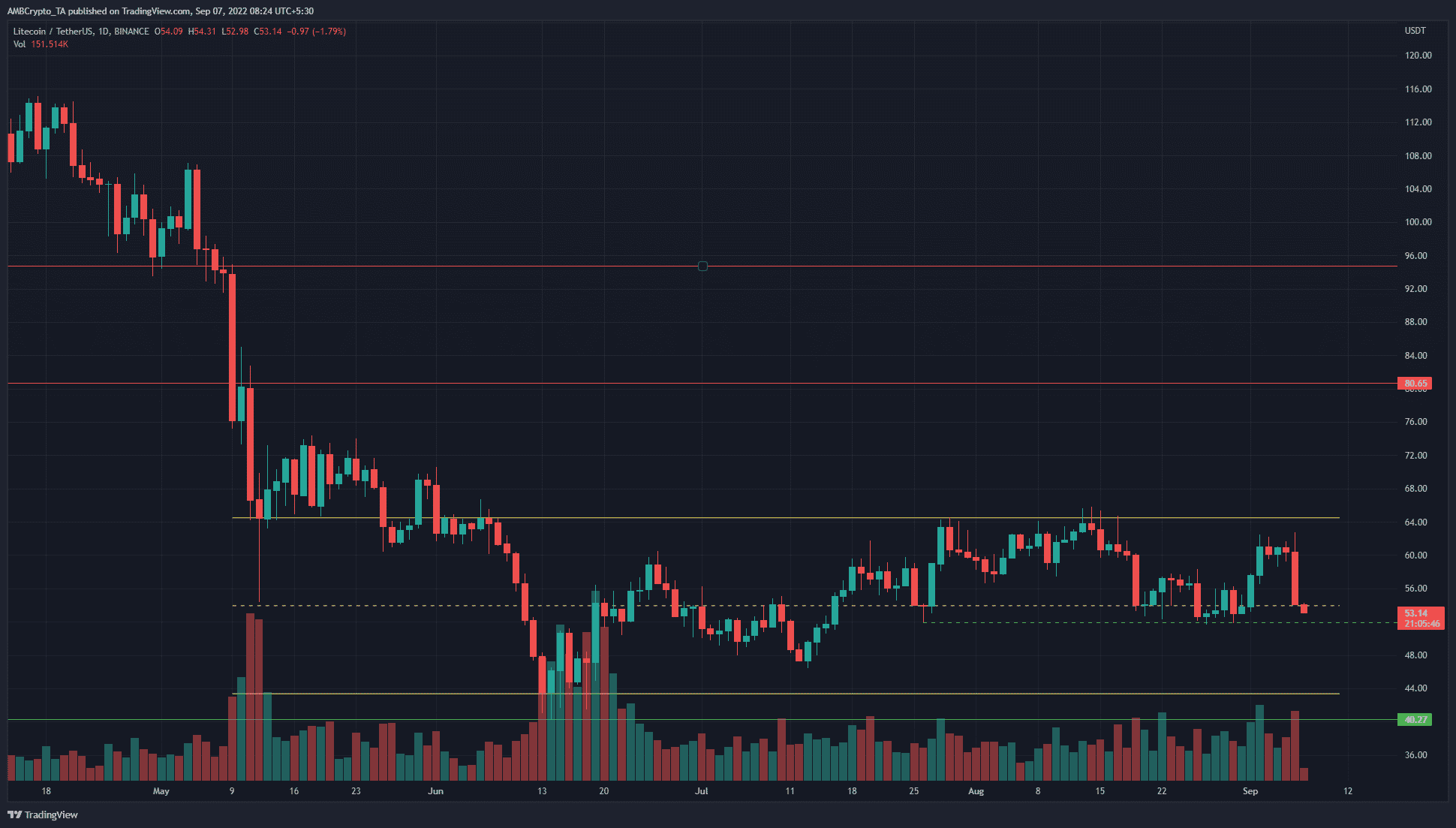 The range (yellow) that Litecoin established in May and June remained unbroken. Moreover, the mid-point of the range lay at $54. At the time of writing, LTC appeared to slip beneath the midpoint and toward the support at $52. This support level was only a short-term one, and Litecoin could easily plunge further.

A daily session close beneath the $54 mark would open up a shorting opportunity. The short positions can set their stop losses just above the $55 mark. Take-profit targets would be a revisit of the $42-$44 area.

The Relative Strength Index (RSI) on the daily chart has oscillated from 60 to 40 over the past two months. This indicated the lack of a strong trend behind Litecoin on the daily timeframe. Given the formation of the range, this finding was coherent. It also supported the idea that a break out from the range was not yet visible.

The Stochastic RSI formed a bearish crossover in overbought territory and plunged lower. Combined with the RSI’s fall beneath neutral 50, the momentum behind LTC has flipped to bearish.

The On-Balance Volume (OBV) made some gains in August but was unable to pierce a resistance level from May. It faced rejection at this level once more and fell lower. Sellers were dominant once more and further losses in the market were likely.

A buying opportunity would arise on a revisit to the $42-$44 area. The risk-reward would be much better at that point for longs. In the next week, Litecoin has a bearish bias if it can not climb back above the $54 mark.

Bitcoin was not particularly strong either, but it did have support near the $18.5k and $17.8k levels. A bounce for Bitcoin could see some relief for Litecoin as well.