Solana’s development activity may be on the rise, but SOL tells a different story


Bitcoin [BTC] investors did not expect that the king of cryptocurrencies would have any other plans despite a bullish start on 6 September.

Unfortunately, the coin was unconcerned about the excitement and fell from its initial high of $19,979 to trade at $18,739 at press time. This price was the lowest BTC had hit since going below $18,000 on 6 June.

According to CoinMarketCap, all of these contributed to the entire crypto market capitalization falling below $1 trillion. The market tracking platform revealed that the market cap was now $937.08 billion.

Besides the other cryptocurrencies that plummeted with BTC, traders also felt the impact. Based on Coinglass data, $124.28 million worth of BTC traders had been liquidated in the last 24 hours.

The data also showed that the liquidations were not slowing down as close to $10 million had been taken off over the previous four hours.

Despite the fatality, it seems that BTC investors are unfazed and have continued accumulating the coin. Blockchain intelligence firm, Glassnode showed that addresses with 10 BTC and above increased to 150,515 after it was 150,363 a few hours before. The same was the case with addresses of one BTC and 0.01 BTC. 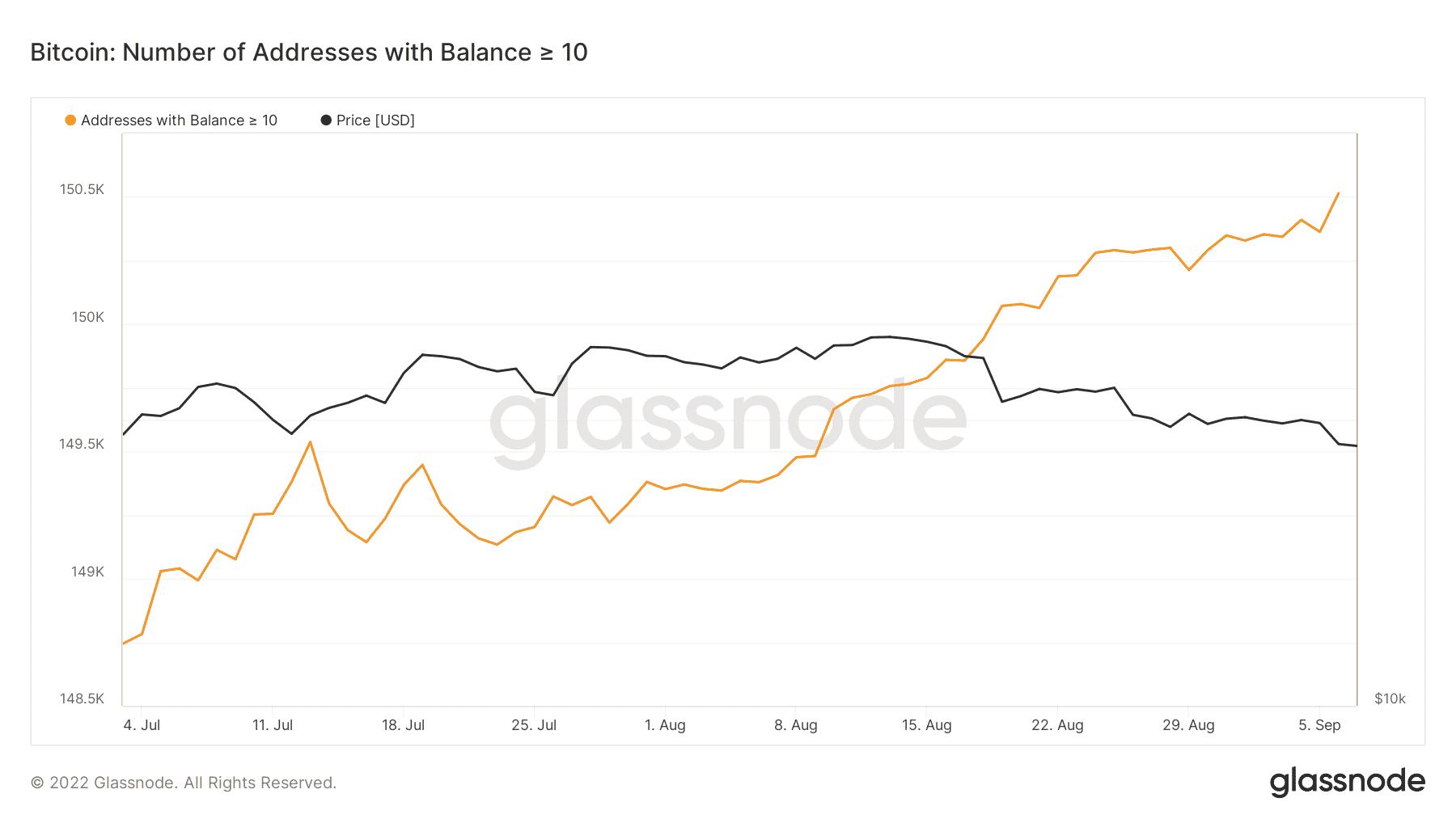 However, it may not be time to assume that the bottom is in already. This was the opinion of CryptoQuant analyst Maartunn. According to him, the current activity of BTC whales depositing into exchanges was a typical bear market signal.

He added that retail investors would not want to consider the increasing exchange whale ratio as an indication of a bullish move.

Hence, there might be a need to “wait” as the BTC may not stop crashing, as discussed earlier.

Coupled with the analyst’s stance, another Glassnode data indicated the current bearish momentum. It was the seven-day BTC unrealized loss that reached a thirty-day high of 0.439. 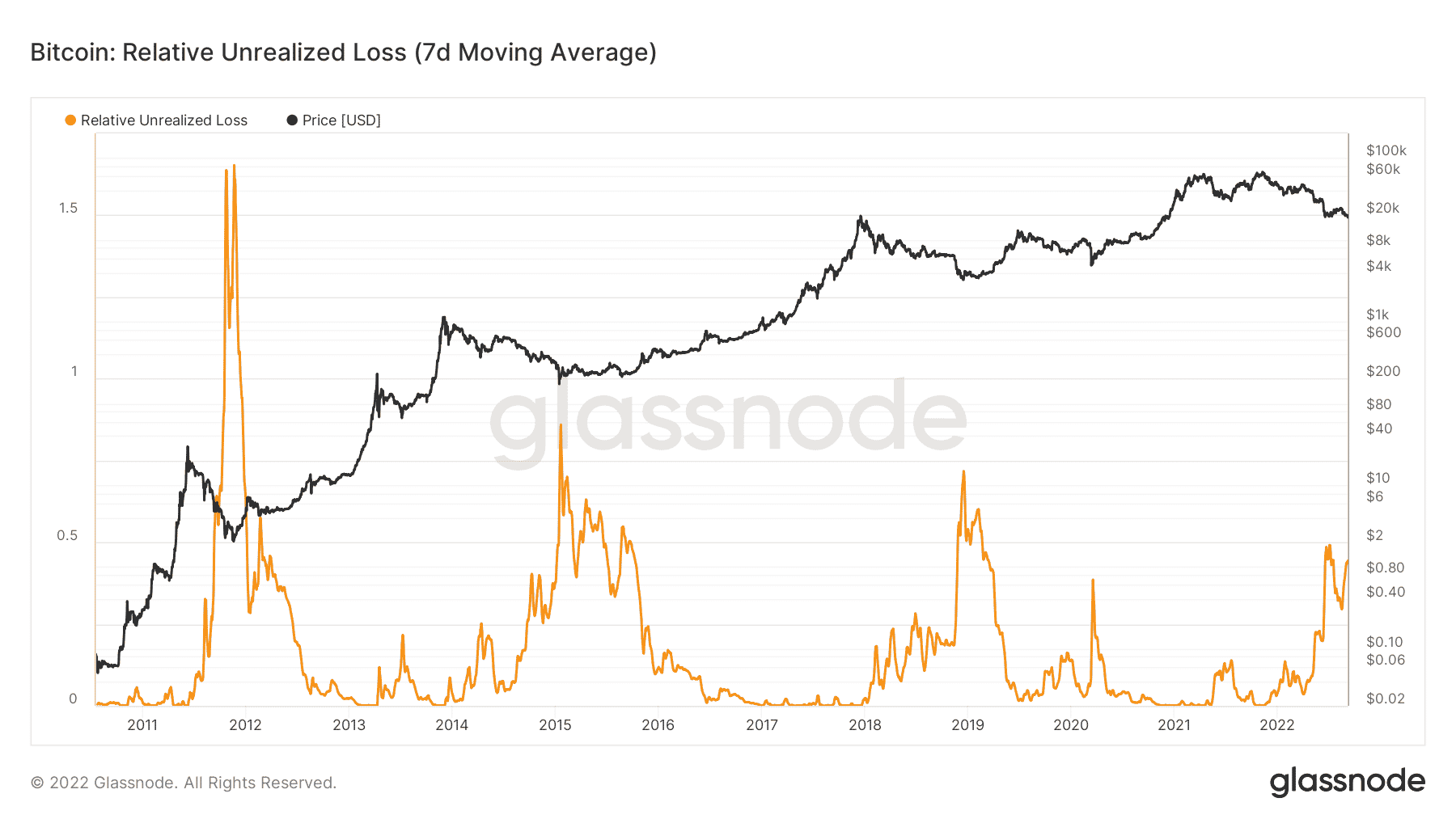 With these mostly declining metrics, investors may need to extend their expectations of a BTC rally. Also, the fact that there was an increasing volume may not be enough to make up for the losses.