The meme coin Shiba Inu has seen a sudden spike in its prices. Well, with the announcement of the new metaverse update and an increased interest from whales, does the future look bright for Shiba Inu?

Over the past seven days, Shiba Inu’s token has seen a 7% spike in its prices. Despite the bear market, the mem ecoin seems to be doing well.

One of the few reasons for this could be Shiba Inu’s involvement in the metaverse with the launch of their first concept art.

Moreover, in a recent tweet, whalestats, announced that SHIB ranked number one in terms of tokens held by the top 500 ETH whales.

These updates may have lent themselves to increasing the hype around the meme token. According to LunarCrush, Shiba Inu has seen an 8.03% rise in its social mentions. And, a 10.37% hike in its social engagements.

The majority of the social media interaction and sentiment has been somewhat positive.

As seen from the chart below, there has been volatility in social dominance with the press time figure at 1.43%.

That being said, Shibburn, a website dedicated to monitoring Shiba Inu’s burnt tokens, on 5 September announced that a total of 51 million SHIB tokens have been burned.

With the ever-increasing amount of SHIB tokens being burnt, there is a possibility that the meme coin’s value could increase in the long term.

The burning tokens’ stats and the social media hype, however, have not affected Shiba Inu’s volume. For the past two weeks, SHIB’s volume has been relatively stable with a spike seen around 4 September.

The circulating market cap hinted at a bearish future for the token, as it went down by 18.50% in the last two weeks. 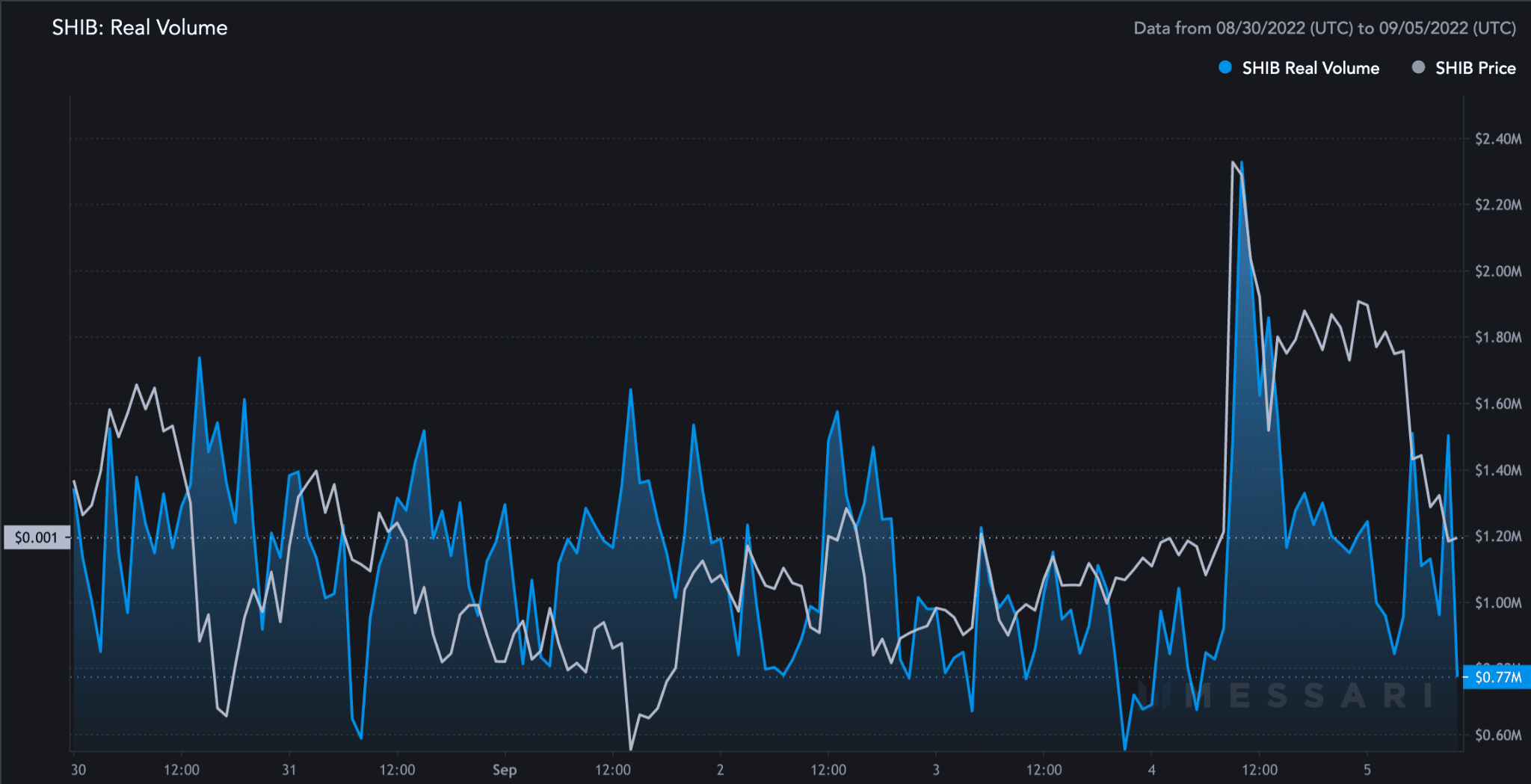 Despite the numerous optimistic elements that favor Shiba Inu, traders should proceed with caution and do their research before getting into a trade.

Meme coins can be susceptible to extreme volatility and investors’ portfolios can massively suffer if they aren’t vigilant with their investments.

Avalanche: Investors may want to watch out for AVAX after reading this

Short Binance Coin [BNB] at $300? Here is why a bearish move is likely