Analytic firm Glassnode, in a new report, found that the Bitcoin [BTC] market remains highly volatile. Heavily impacted by the downturn of the broader financial markets, the king coin looks uncertain in the short term. In contrast, the market remains consistent and follows well-developed trends in the longer term.

In its assessment, Glassnode considered how differently the various cohorts of BTC holders have behaved as the entire market navigates through the bear market. The on-chain intelligence company also considered the disparity in the user behavior of HODLers and short-term holders.

The report also looked at different wallet sizes to understand how these categories of holders have reacted in the face of uncertainty.

The last 12 months have been marked by four different phases according to Glassnode. Firstly, there was a period of BTC accumulation following the November 2021 all-time high. This was followed by a period of coin distribution caused by “a slow, but sustained collapse in price.”

Despite the severe fall in the market occasioned by the collapse of LUNA, investors took to accumulating BTC. Following this period of accumulation, the last phase, which we are currently in, entails investors seeking exit liquidity through coin distribution and profit taking.

Furthermore, as per data, this current phase is constituted by holders of over 10,000 BTC (whales) who have taken to “aggressively” distributing the coins, “capitalizing on any exit liquidity present amidst global market uncertainty.”

A look at the whale-exchange net position change metric confirmed this. 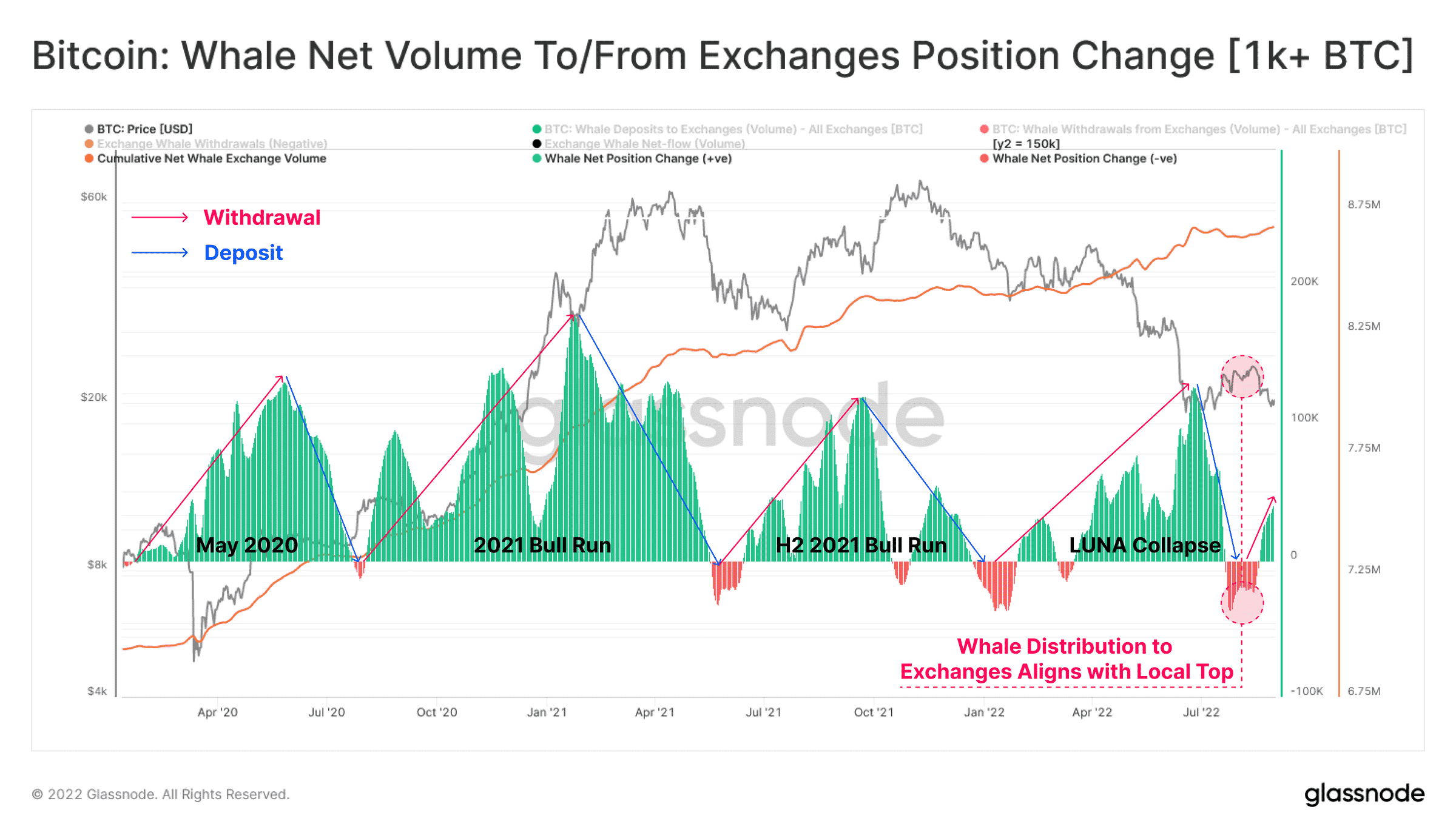 But investors are accumulating

Upon analyzing the behavior of BTC holders in the long term, Glassnode considered the liveliness metric. According to Glassnode Academy, the metric provides insights into shifts in macro HODLing behavior. In addition, long-term holder accumulation or spending trends are identified.

When the metric decreases, it means a  high proportion of coin supply is dormant, and HODLers continue to HODL. When it is positioned in an uptrend, this means that long-term HODLers have started spending their old coins.

“Liveliness is currently in a strong downtrend, and has convincingly broken below the triple peaks of the post-2018 bear market. This event suggests that Coin Days are being accumulated by the supply much faster than they are being destroyed and is coincident with a HODLing dominant regime.” 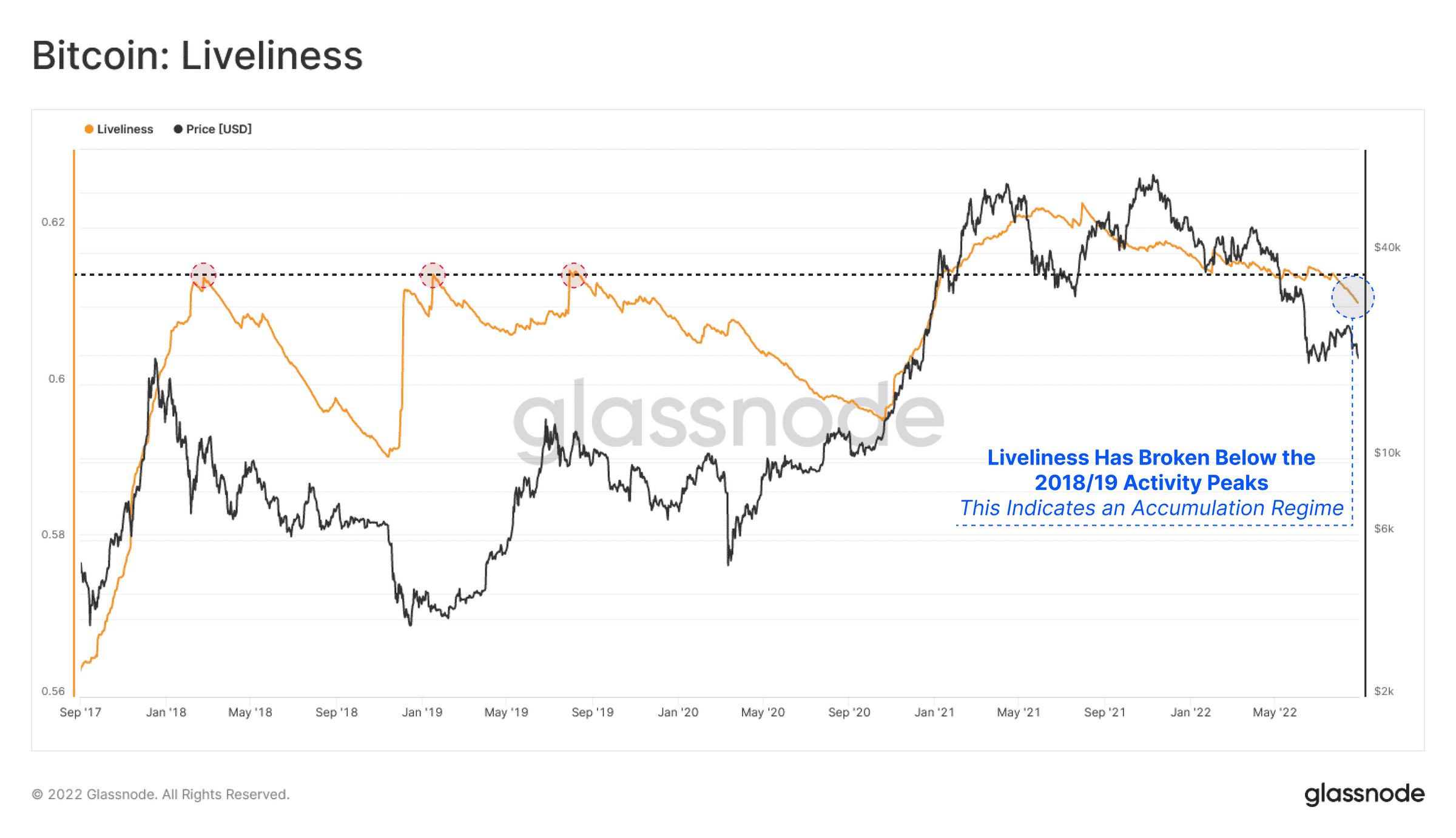 Additionally, the HODLer net position change revealed that since November 2020, BTC macro HODLing behavior is currently at a multi-year high with about 70,000 BTC per month.

This, according to Glassnode, aligns with a longer-term bullish conviction despite the current decline in the price of the king coin. 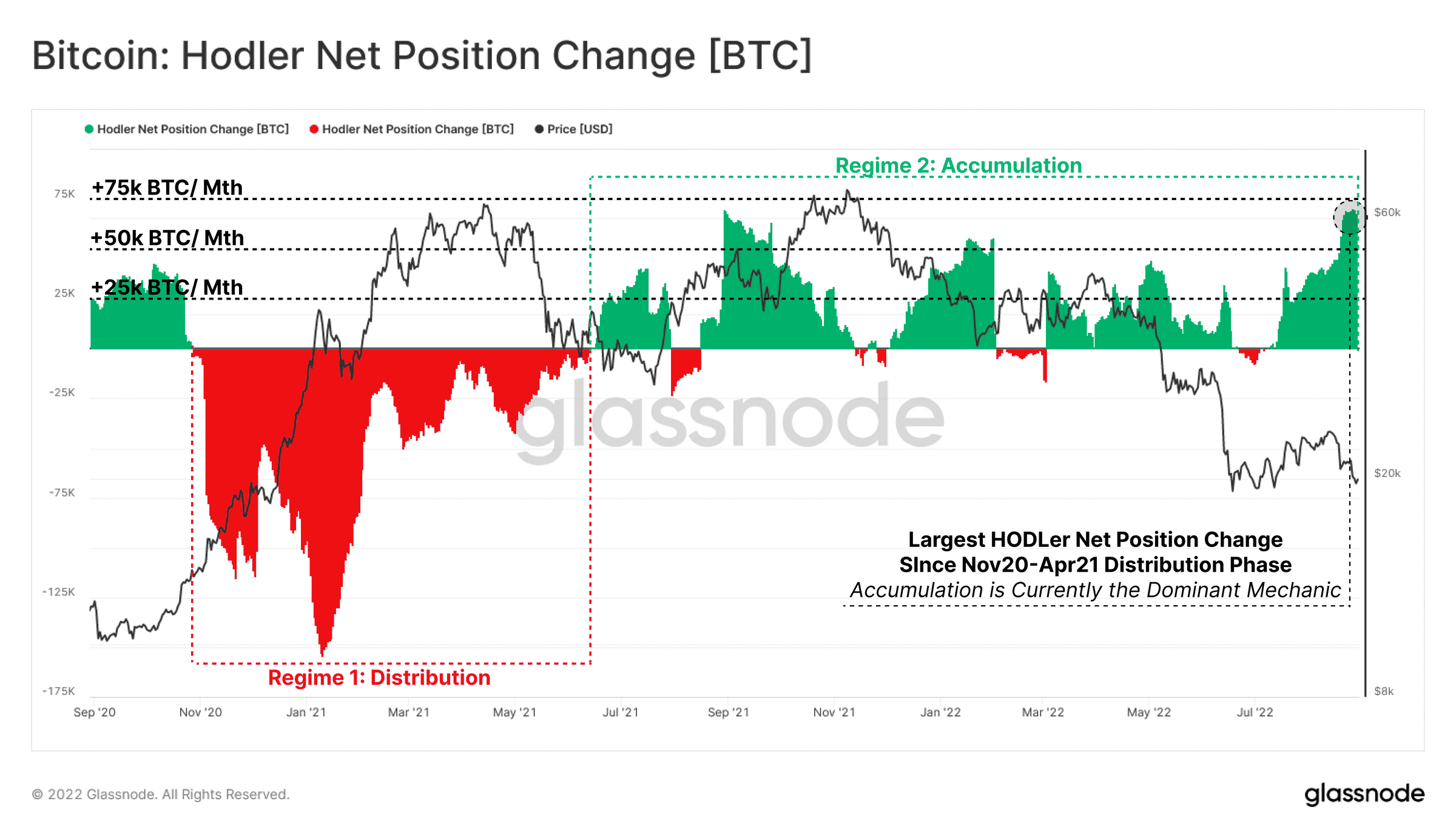 With the positions of the metrics considered, in the long term, BTC HODLers remain “resolute in their conviction.” The recent fall in the price of BTC is mainly driven by short-term holders.