Litecoin [LTC] investors must know that chances of capitulation are…

Their holdings have climbed by 13% in the last 30 days. For addresses holding between 10k to 100k, they increased their holdings by 9% within the same period. 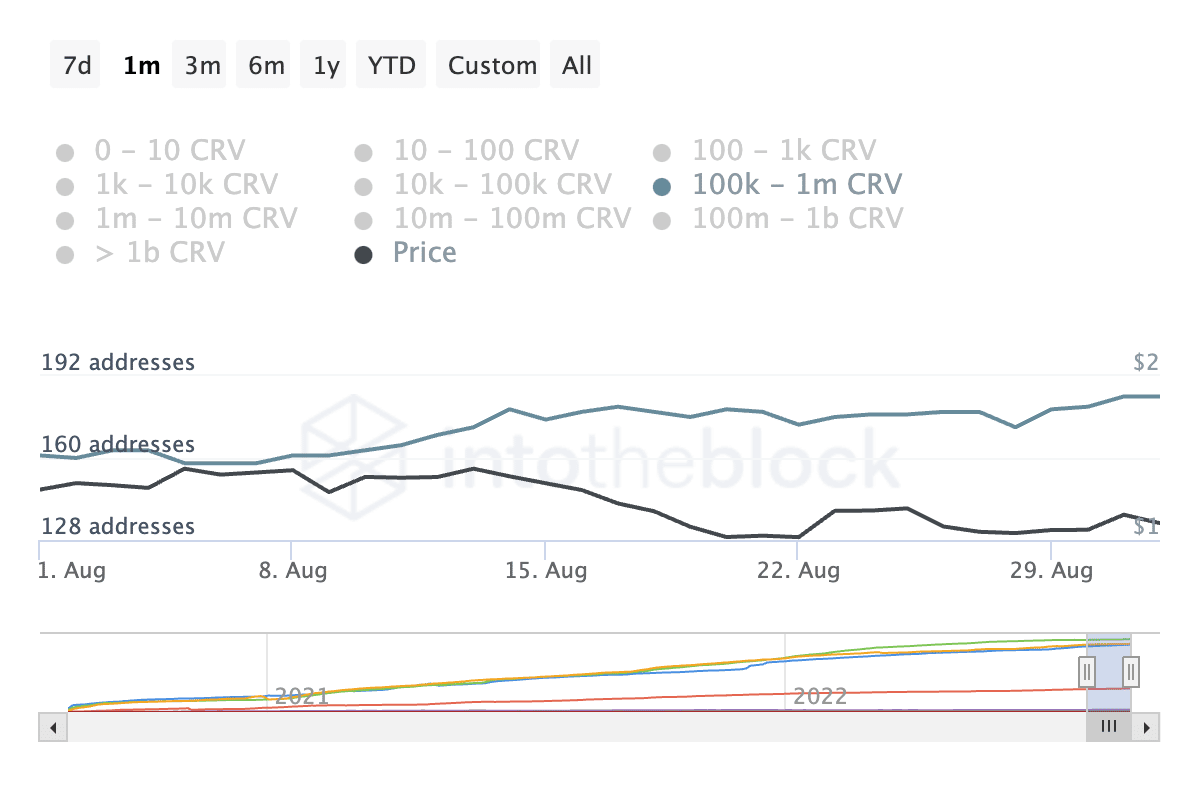 With this growth in whale accumulation in the last 30 days, was there any impact on the token’s price?

According to data from CoinMarketCap, CRV traded at $1.15 at press time. Reeling under the impact of the downturn that has plagued the general market in the last month, the price per CRV declined by 14% within that period.

This decline came after a 41% price growth logged during the token’s four-week price rally in July.

In the last 24 hours, CRV’s price grew by 6%. The daily Relative Strength Index (RSI) stood at 48 following its failure to hold on to the neutral 50 support in the middle of August.

The token’s Money Flow Index (MFI) was positioned in an uptrend at 66. Thus, indicating a gradual build-up in buying pressure for the token.

A look at the position of the Moving Average Convergence Divergence (MACD) confirmed this. A bullish crossover occurred on 31 August, thus, increasing the possibility of a northward breakout in the short term.

Curve Finance in the last month 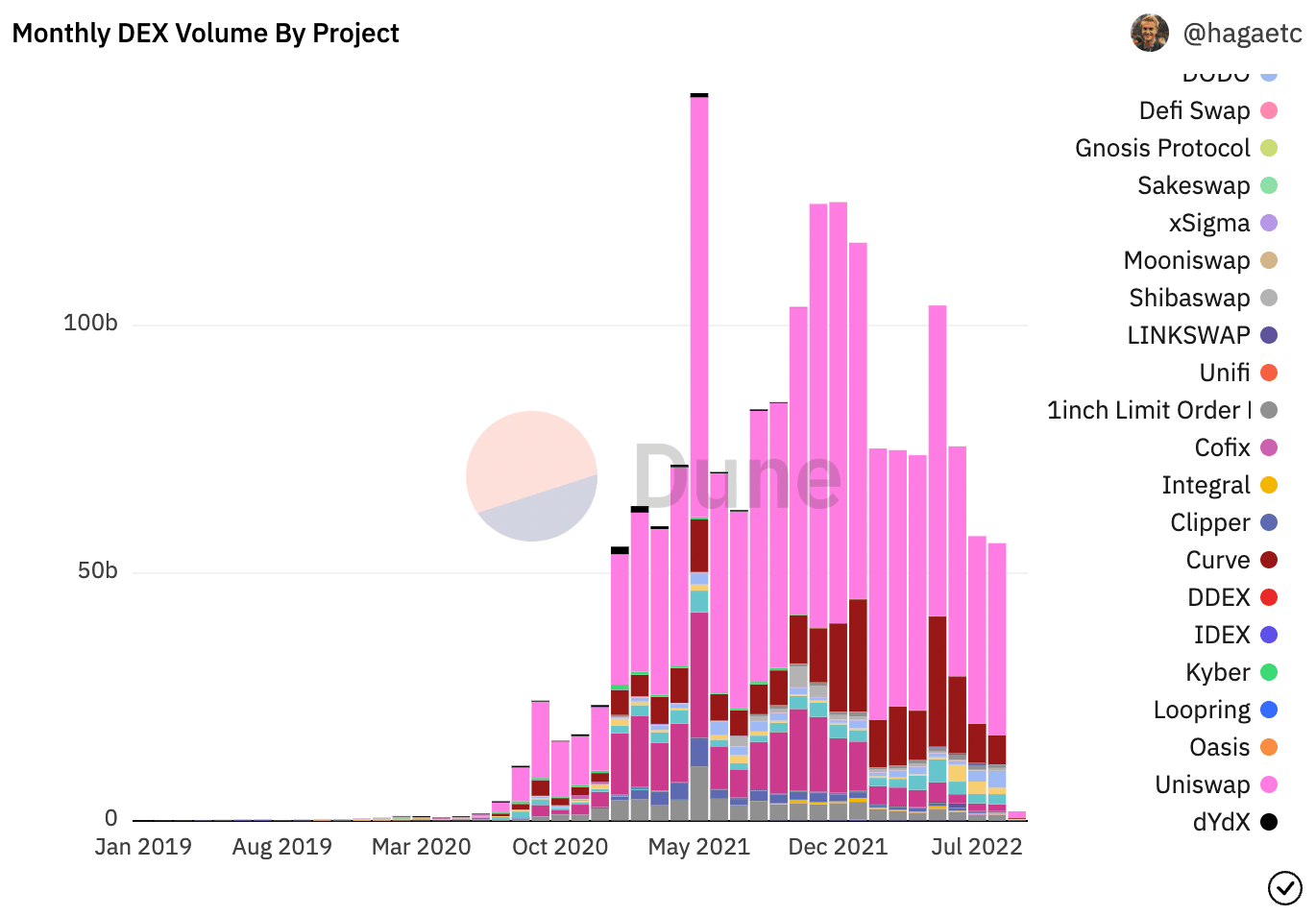 With $1,113,327,789 recorded in sales volume in the last seven days, Curve Finance ranked as the second DEX with the highest volume after Uniswap.