The how and why of Dogecoin [DOGE] heading this way


Polygon [MATIC] has been one of the better-performing cryptocurrencies in the last three months. One of the reasons for its strong performance is that Polygon has been building an identity of its own.

The network has so far managed to be more than just a Layer-2 scaling solution. It has been making major deals that strengthen MATIC’s position and potential in the crypto market. Its latest partnership might be a game changer, especially for MATIC’s demand during the next major bull run.

Polygon recently announced a partnership with Robinhood, which is one of the most popular retail investing apps. According to the official announcement, Robinhood will use the Polygon network to enable MATIC deposits and withdrawals. Polygon in its official blog stated,

“Today, we’re thrilled to announce that Robinhood, the popular stock and crypto investing app in the US, has launched support for deposits and withdrawals of MATIC on the Polygon Proof-of-Stake (PoS) chain.”

The collaboration will make MATIC available to millions of traders who use the Robinhood trading app. This might unlock a wave of liquidity into the MATIC token, giving it a leg-up when the market embarks on the next bullish phase.

The development might also boost Polygon’s network growth. The latter is currently down by a significant margin compared to its four-week highs.

This is because the deal will also create organic demand and utility since the Polygon network will underpin all the MATIC transactions on Robinhood. 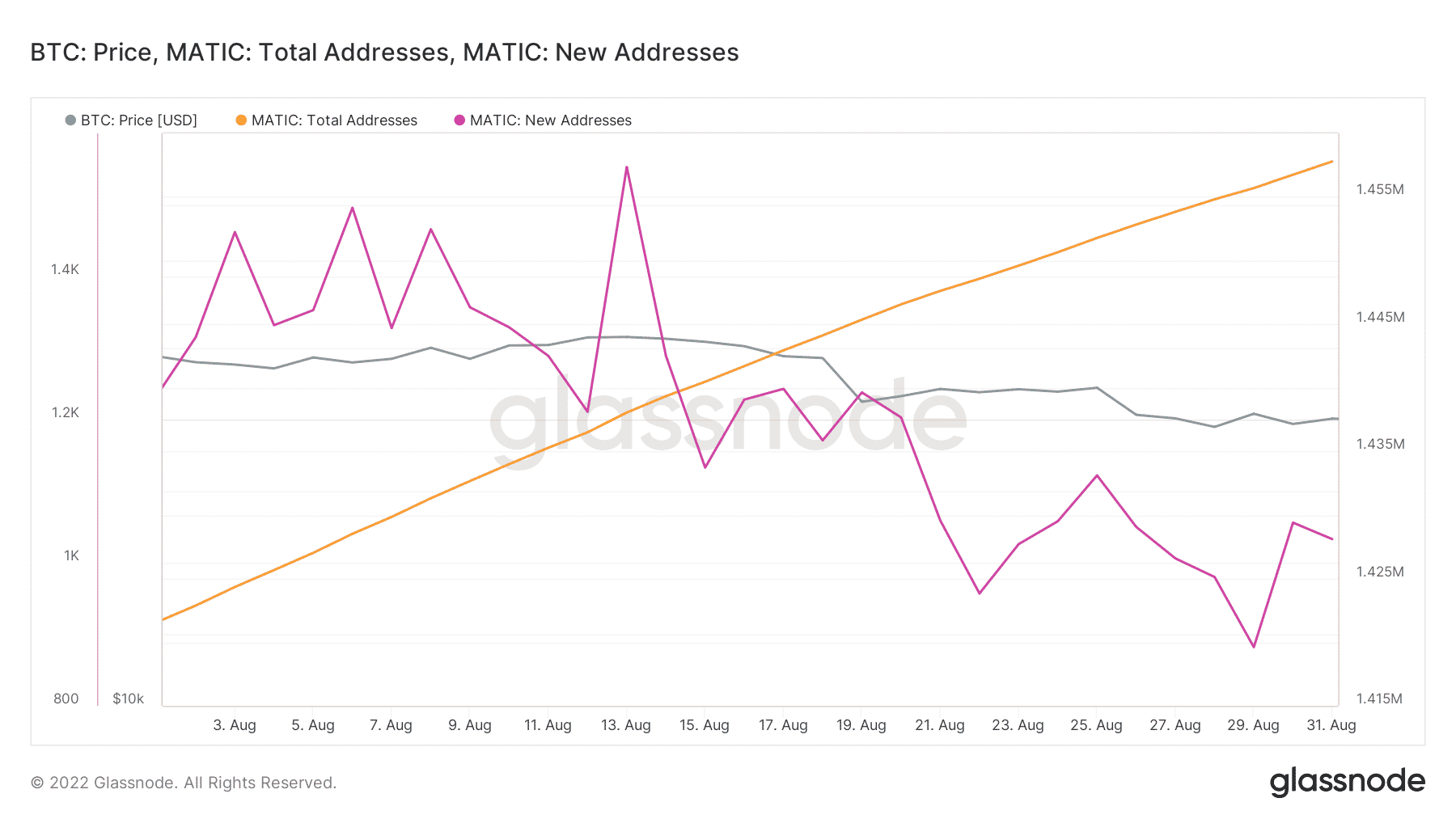 MATIC stands to gain in terms of price performance in the long term. It traded at $0.84 at press time after a 1.45% rally.