Intense speculation has been circulating in the NFT community about falling NFT prices. The views have been echoed vastly by many blockchain experts on social media regarding the “first NFT bear market.”

But lately, the blue-chip NFT collections are staging a comeback in the market. Consider this- the Bored Ape Yacht Club is showing strong signs of revival in the NFT market.

At present, the BAYC collection is leading the 30-day sales volume charts according to CryptoSlam. It has accumulated over $54.9 million in sales over this period with a modest 5.8% increase in sales.

From the charts below, we can see a decent rise in BAYC sales in August. The highest volume is seen towards the end of the month on 25 August when sales peaked at $3.8 million. 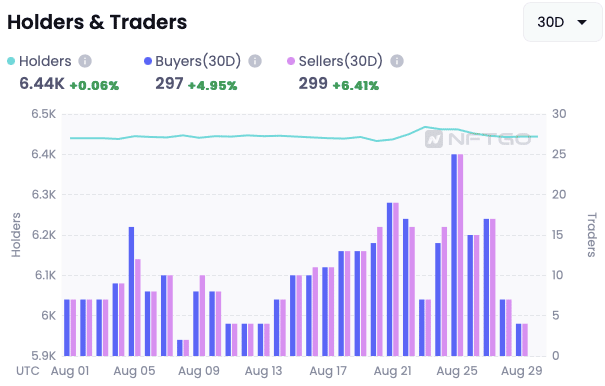 The count of buyers of the collection jumped to 297 after a 4.95% rise. Meanwhile, the count of sellers was also seen rising on the charts as they accelerated to 299 after a 6.41% rise.

The increase in sales is also reflected in BAYC’s social engagement lately.

According to LunarCrush, BAYC social engagements measured an hourly hit of 77.9 million. Interestingly, this is the highest point in the past three months for the collection. Meanwhile, the collection has seen its prices go up by 16.37%. 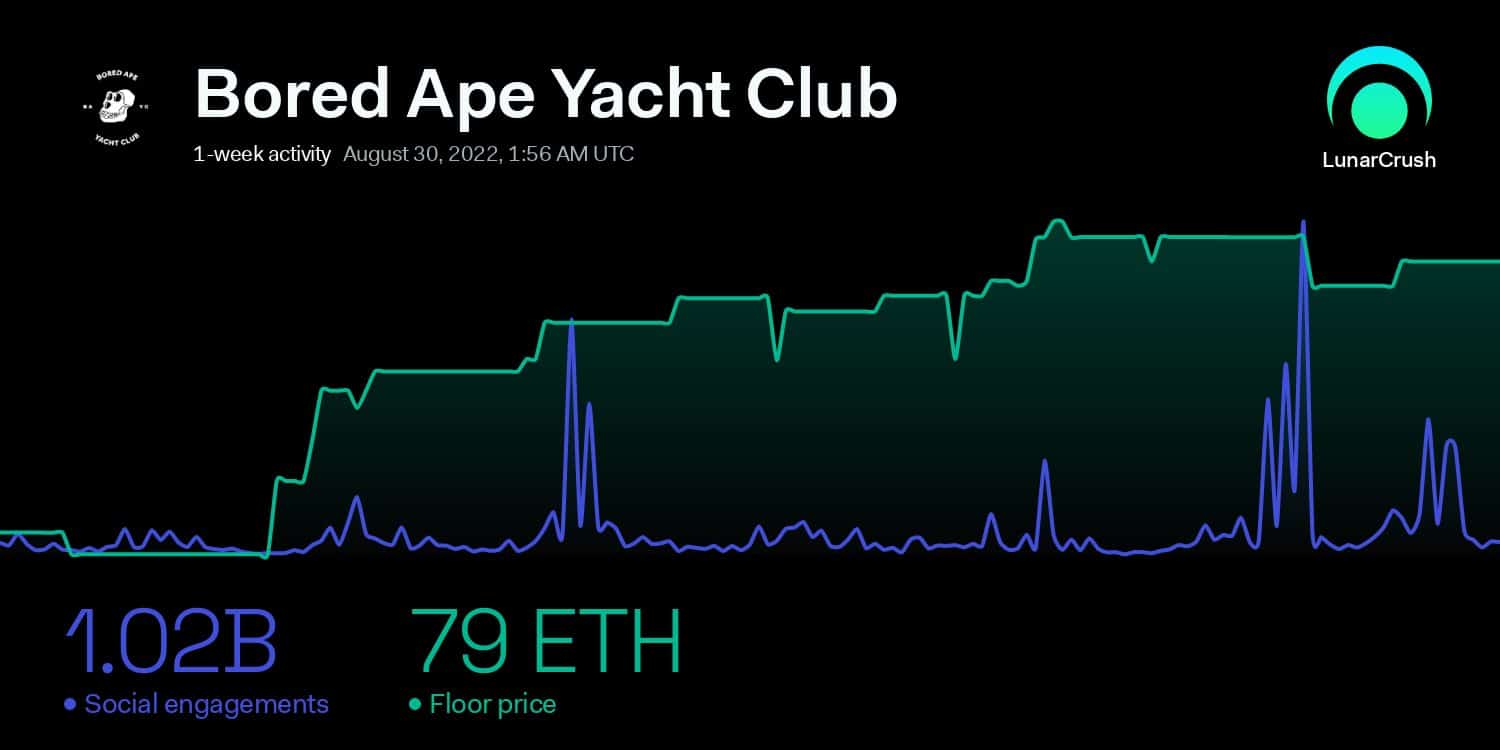 Rise of the Apes

As per the update, MAYC was noting a massive uptick in discussions on the social volume chart. This comes after a prominent NFT trader (@machibigbrother) sold a “few pieces” more just above 29,000 USDC this month. 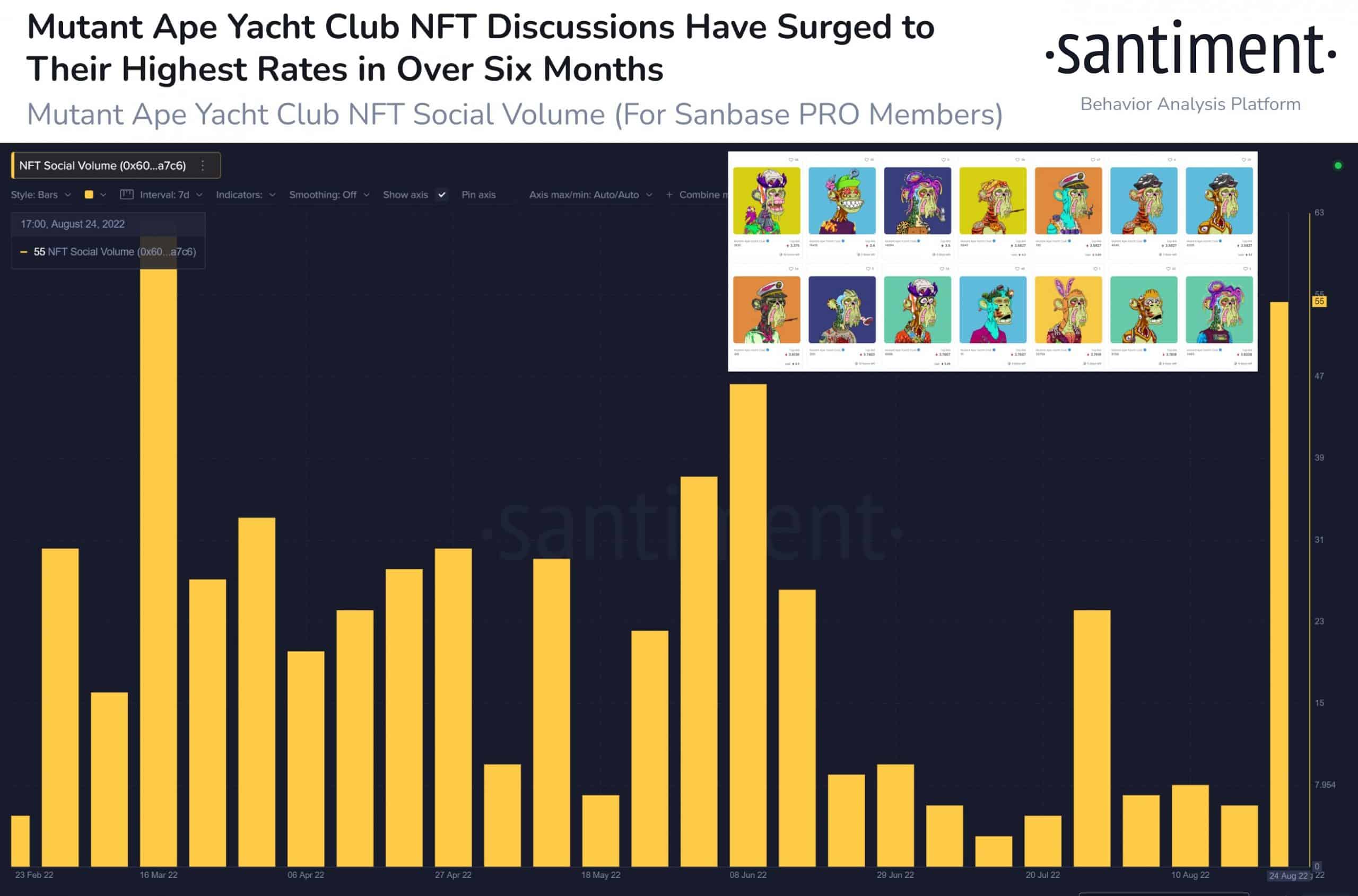 The uptick in NFT fortunes was also seen in the Blue Chip Index which saw the performance of Blue Chip NFTs grow over 2% in the past week.