Polygon [MATIC] goes green but will the price follow suit


Cardano, the eighth largest cryptocurrency, prior to the much-anticipated Vasil hardfork, has laid out three critical indicators.

IOHK (Input Output Hong Kong), the company behind the development of the Cardano network, shared some important status updates.

The ecosystem completed one of the major requirements for the Vasil mainnet launch over the weekend. According to the IOG, 75% of Cardano’s mainnet blocks were successfully minted by the chosen Vasil node candidate, node 1.35.3.

Following this, approximately 25 cryptocurrency exchanges and the top 10 Cardano-based decentralized applications (dApps) with the highest total value locked (TVL) came on board.

The team behind, IOG on the social media platform highlighted key points in one of the tweets.

🟢 75% of mainnet blocks being created by the final #Vasil node candidate (1.35.3)
🟠Approx. 25 exchanges upgraded (representing c.80% of ada liquidity)
🟠Top 10 DApps by TVL confirming they’ve upgraded to 1.35.3 on PreProduction & are ready for mainnet.

But that’s not it. According to Tim Harrison, VP of community and ecosystem at IOG, “Cardano SPOs making good progress over the weekend with upgrades—block producing node metric at 58% for the epoch so far and the hourly on 76%. Very pleasing trajectory. Exchanges & DApp developers also working hard behind the scenes. We’re getting there.”

This could be supported by the Pooltool’s data (below). 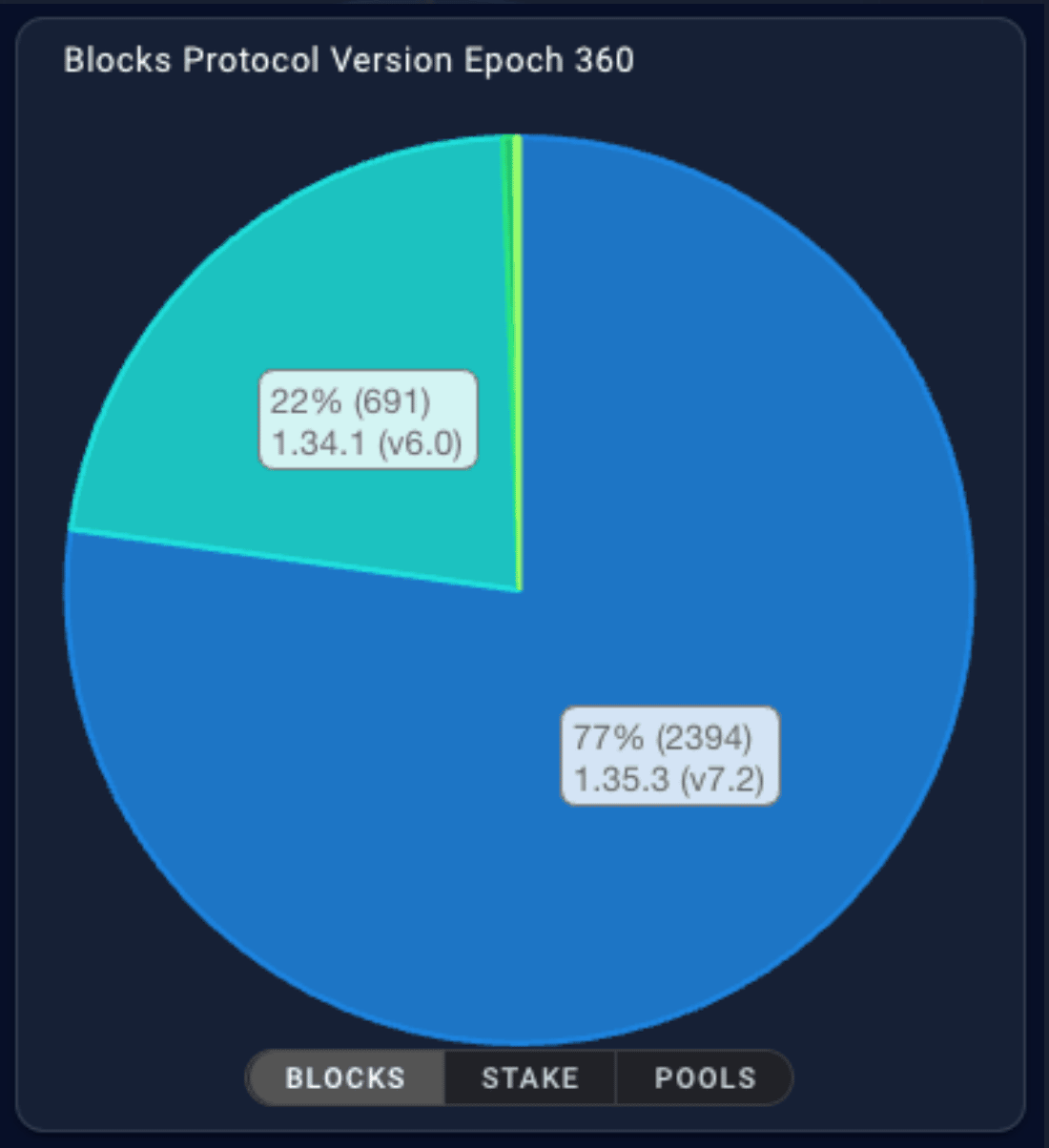 In addition to this, Cardano’s treasury balance reached the one billion ADA mark, worth almost $437 million according to fiat conversion. Daniel Ribar of IOG’s Project Catalyst’s Community & Product division shared this development.

Overall, developments and upgrades provided more certainty for the community ahead of the hardfork event. Also, even the trading volume on Santiment painted a similar picture.

Notably, ADA at press time too sensed the rising support from the community. At the time of writing, ADA surged by more than 5% as it traded around the $0.45 mark.

But could it rise further despite the price consolidation phase? Well yes, at least that’s what analysts thought about it. For instance, a closely followed crypto analyst predicted a sudden short squeeze for ADA.

Amid the short squeeze, the pseudonymous analyst (Capo of Crypto) projected a 20% rally for Cardano from its current price of $0.43 to $0.52.