Cardano [ADA]’s price movement had been towards the negative side as the seven-day chart was painted mostly red. After the recent plunge in its price, ADA showed resistance at the $0.4694 mark.

However, the recent developments regarding the much-awaited Vasil hard fork somewhat changed the scenario. The developments helped ADA break its resistance as of 26 August. However, at press time, ADA was trading at $0.437. This was after registering an 8.5% 24-hour decline with a market capitalization of $14,788,618,150. 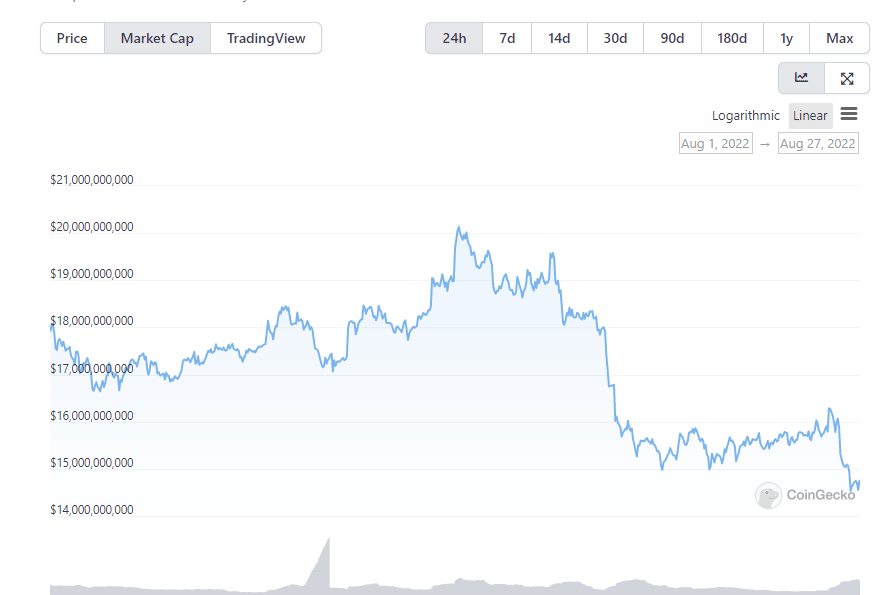 What’s new on the table?

Despite Input Output Global recent mentioning all the major updates related to the hard fork, ADA stayed in the red.

📢 The team at IOG, along with @CardanoStiftung and the wider @Cardano technical community continue to work together to bring the #Vasil upgrade to the #Cardano mainnet. 🙌

Here’s a rollout status as of 25th August 🧵👇

The Twitter thread suggested that after being delayed for months, the date of the Vasil hard fork might be around the corner. Furthermore, the SPOs running node 1.35.3 would now account for over 40% of mainnet block production. This can be considered as some good progress compared to the previous weeks.

IOG’s target is to push the figure to 75% before the hard fork, and the new data indicates that they might achieve it soon. Moreover, IOG also mentioned that no additional bugs were found during the recent testing, suggesting the arrival of the Vasil hard fork soon.

Furthermore, IOG revealed that Binance is also updating its Cardano nodes, which would ensure a smooth rollout of the hard fork in the near future. Interestingly, Cardano was also featured in the “Top Brand Intimacy 2022” list, in which it nabbed the 26th position, which further strengthens the value of the company.

ADA’s price movement reflected these developments, and after a week-long decline, ADA gained an uptick as of 26 August. However, as of 27 August, ADA witnessed a decline. While the price of ADA declined, the development activity shot up considerably.

An ascending triangle pattern was formed on ADA’s four-hour chart on 26 August. This may indicate a possible uptrend in the coming days. The Exponential Moving Average (EMA) Ribbon also indicated that the bearish advantage in the market was about to end. This can be stated as the 20-day EMA steadily approached the 55-day EMA.

Moreover, the Bollinger Bands pointed out that ADA’s price was in a crunched zone. Therefore, considering all the developments and the alt’s current price, ADA can choose the bears or bulls in the coming days.