Long-term investors holding Bitcoin [BTC] are keener on holding on to their BTCs rather than spending them, even in the face of rising prices, a new report from CoinShares revealed.

In a previously published report, Coinshares found that new investors ape into the Bitcoin market, at each halving. Therefore, laying a foundation for a new bull cycle. As its price grows during the bull cycles, the coin gains more popularity leading to more investments.

According to its new report, Coinshares theorized that when  BTC investors go through a full cycle top and enter a bear market, they refrain from selling their coins below the purchase price.

By holding on to their coins, they restrict supply which, according to Coinshares, creates a “downside support… during the price downturn, until finally finding profits in the next upswing where many start selling.”

When these investors finally turn a profit, their success encourages a new generation of long-term holders who are brought into the Bitcoin market and then go through the same cycle as their predecessors. 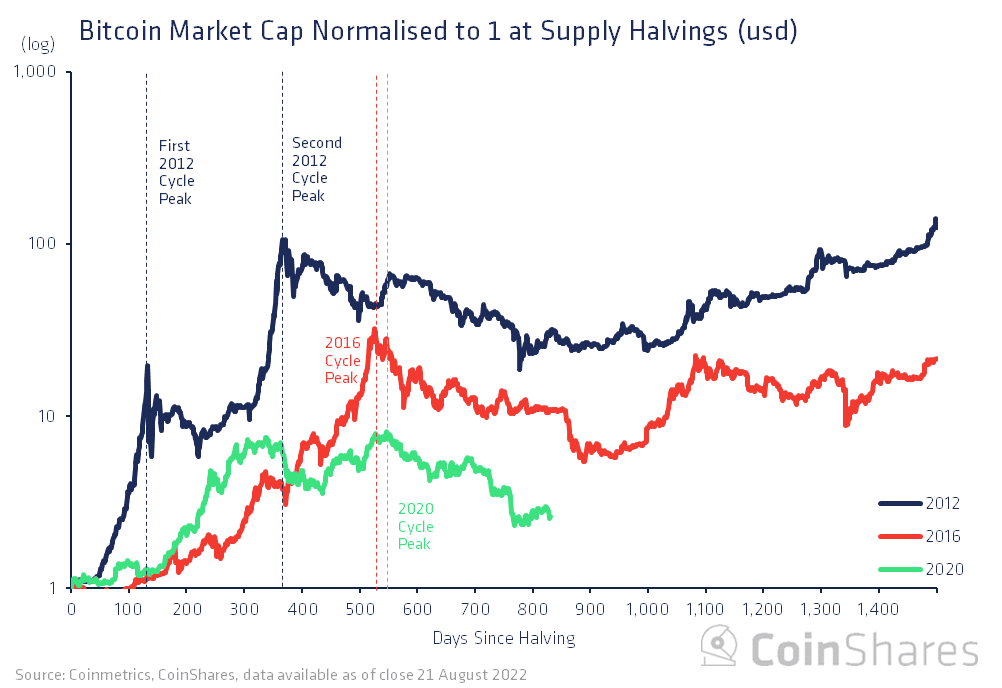 As stated above, new investors ape into the BTC market at each halving. Following the first halving event in 2012, BTC purchased by new entrants into the market at the beginning, and at the end of 2013 remained idle for five years.

This “hodling” by these long-term investors led to a restriction in the supply of the king coin. That, coupled with the halving event in 2016, contributed to the rapid price growth of BTC in 2017. When these investors turned a profit, new investors were brought into the market in 2017.

CoinShares found that investors who bought BTC in 2016 and 2017 continue to hold as these coins lay idle in their addresses.

According to the report, this category of investors preferred to hold their assets rather than sell even above their acquisition cost. In this regard, CoinShares stated,

“We now see the same pattern, having taken its course for coins exchanged at lofty bitcoin prices in 2017, where a new era of investors has chosen to resist the urge to sell their coins despite having the opportunity to realize profits at any time in 2021. This provides some explanatory power to the increase in bitcoin price following the 2020 halving when available bitcoin supply was again constrained, while also suggesting the 2017 class of bitcoin investors carry a similar conviction to those initiated in 2013.” 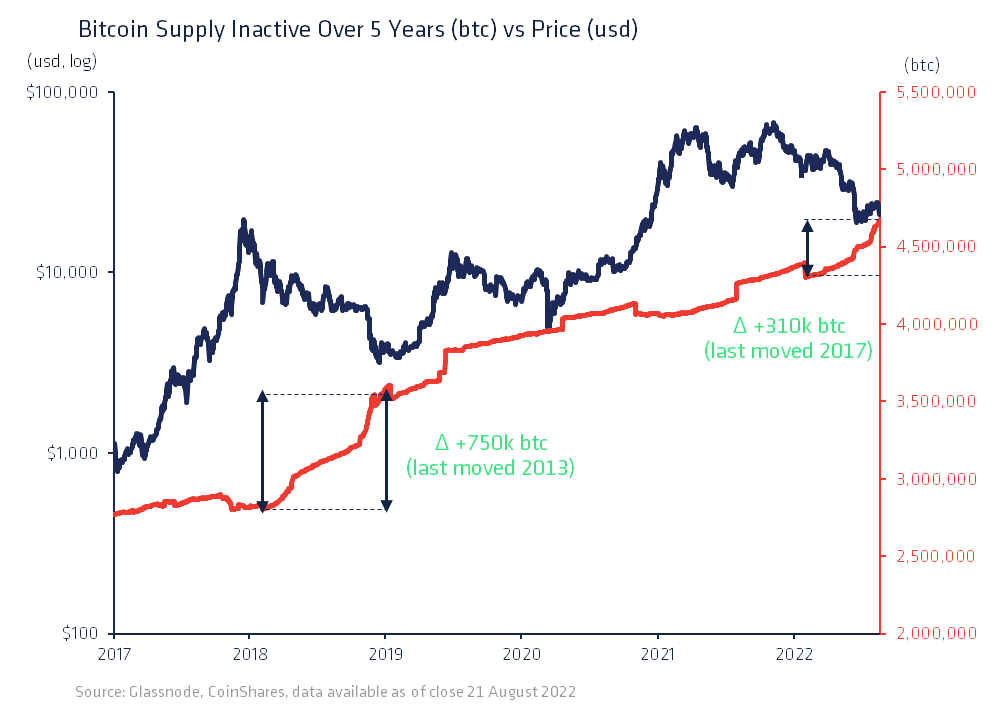 In addition, CoinShares found that the class of long-term investors that entered the market in 2017 “seem to be hoarding their coins even more aggressively than we’ve seen in past cycles.”

According to the report, while some investors sent their BTC to exchanges to make profits during the 2021 rally, the outflows from exchanges have exceeded inflows since 2022. Thus, indicating that the 2017 long-term-buyers remain steadfast in holding. 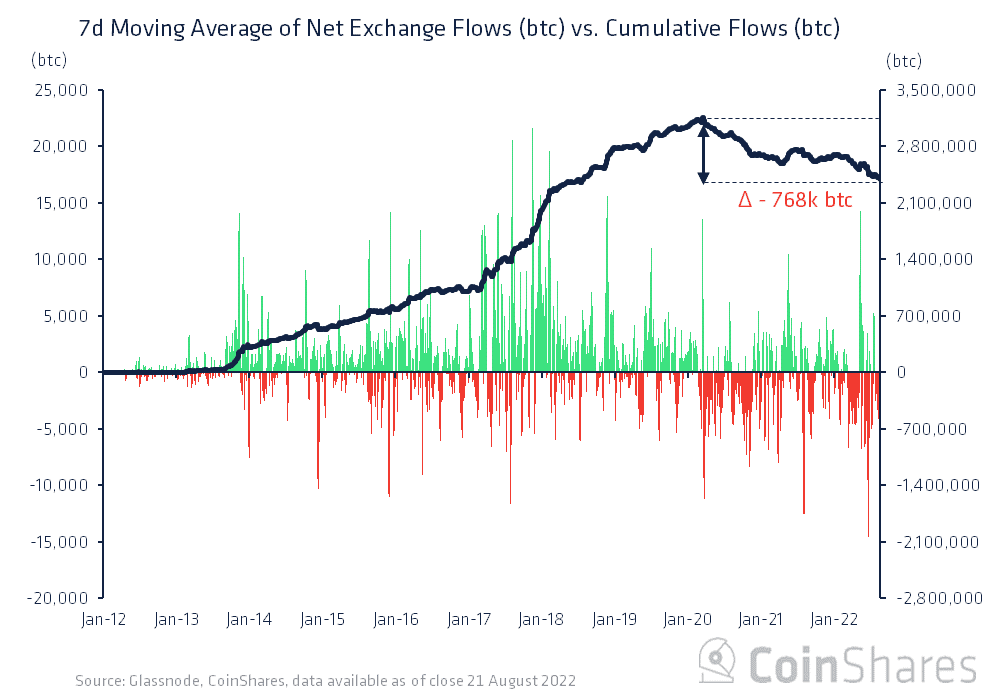