Ethereum [ETH] has notably had lower volumes this week as compared to the first two weeks of August. Its latest crash last week appears to have downed investors’ mood.

Thus, resulting in a limited recovery this week. This was further exasperated by concerns of more potential downside as the weekend approaches.

Unfortunately, the market sentiment is still covered by a cloud of uncertainty as to whether the market will return to previous ETH demand levels. A bit of backtracking may provide some useful insights as to what to expect moving forward.

The demand for ETH in the derivatives market took a tumble on 19 August as the price fell below its previous August lows.

ETH’s open interest has since recovered back to the 19 August levels. This recovery aligns with the gradual return of confidence in the market. 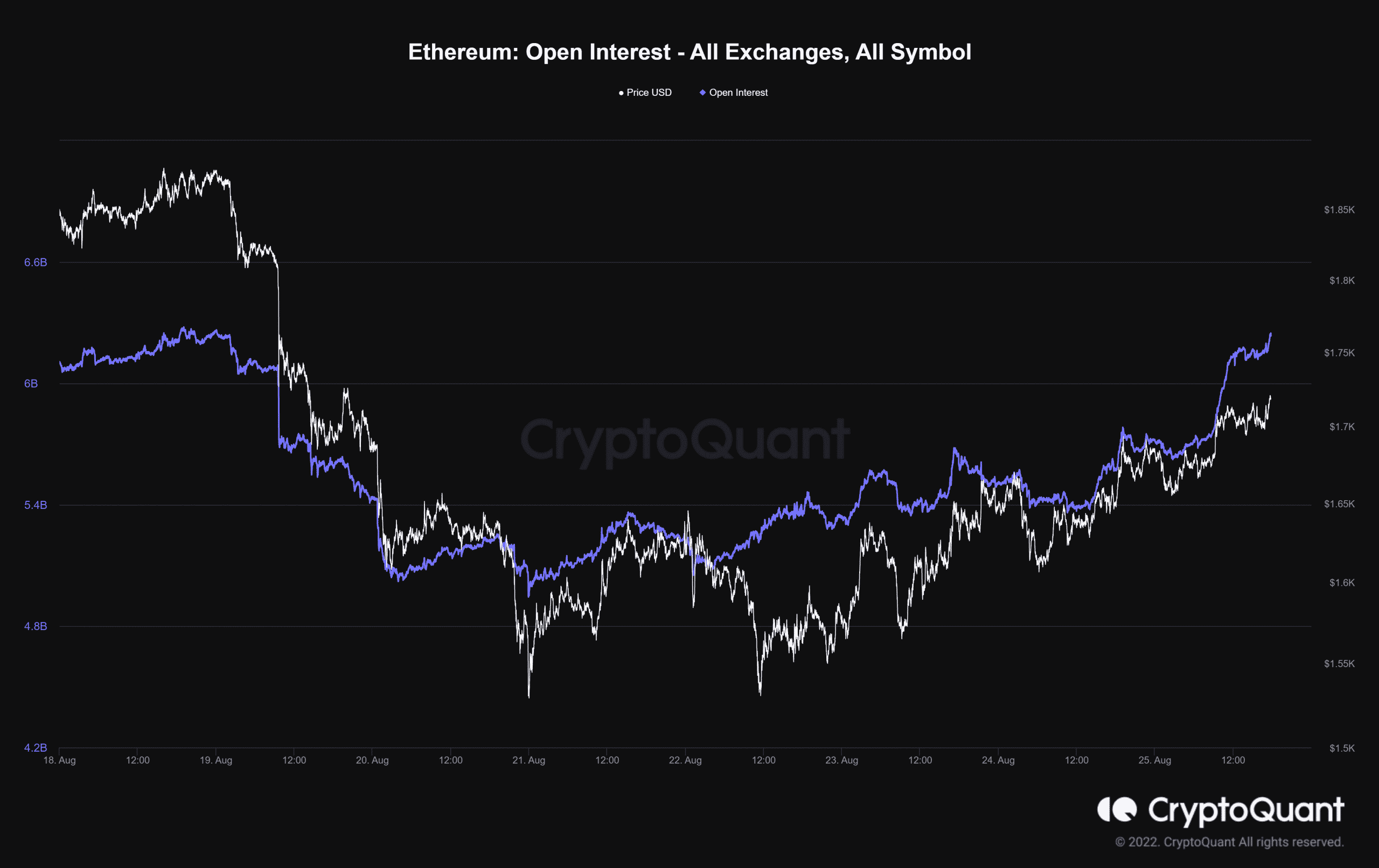 One of the most important observations is that the price is also enjoying some upside, in line with the rise in open interest. A divergent outcome would have signaled more upcoming bearishness.

The sentiment recovery and increased recovering open interest were also backed by exchange outflows in the last few days.

The exchange outflows confirm healthy demand at the recent lows, just as the open interest recovered. ETH’s MVRV ratio also confirmed the shift in sentiment in favor of the bulls and healthy profitability for investors that bought the dip.

Despite the exchange outflows, the amount of ETH currently on exchanges was still higher than it was before 16 August.

However, ETH’s volume remains relatively low. This is because many investors are still waiting for more clarity on market direction.

Nevertheless, there was some uptick in development activity between 24 August and 25 August. This is a positive outcome for the bulls because it might encourage stronger investor sentiment as the Merge draws near.

ETH is not out of the woods yet despite the seemingly improving sentiment in favor of the upside.

There is still a possibility of another cool down towards the weekend if the market leans toward fear.

However, the current sentiment suggests that smart money might be anticipating some upside but we will have to wait and see.