The Ethereum [ETH] Foundation recently announced that the last and final major Bellatrix upgrade will be released on 6 September. This has caused another wave of excitement among enthusiasts.

Not only did this development increase social activity, but it also affected ETH’s price action positively. At the time of writing, ETH was trading at $1,710 with a market capitalization of $206,597,559,958. Thus, showing a 4.85% increment in its 24-hour performance.

Bellatrix is scheduled on the Beacon Chain for epoch 144896, which is the final upgrade before the Merge. The epoch height will trigger the consensus layer as this is the first stage of the Merge.

After the successful rollout of Bellatrix, the second phase of the Merge will begin. This will happen sometime between 10 and 20 September.

The Paris upgrade is the final stage of the update. Here, the Terminal Total Difficulty (TTD) of 58750000000000000000000 triggers the execution layer’s portion of the transition. This would enable the transition from Proof-of-Work (PoW) to the Proof-of-Stake (PoS) consensus mechanism.

Brighter days ahead for Ethereum?

Interestingly, Maartunn, an author at CryptoQuant, mentioned that Ethereum turned out to be more dominant than Bitcoin [BTC] in terms of trading volume.

“Investors are still ‘trading the hype’.”
by @JA_Maartun

While the social dominance of ETH increased last week amidst the Merge hype, several other on-chain metrics indicated a possible price surge in the coming days.

For instance, the exchange inflow volume moved southwards since June, suggesting investors’ confidence has increased in the crypto. 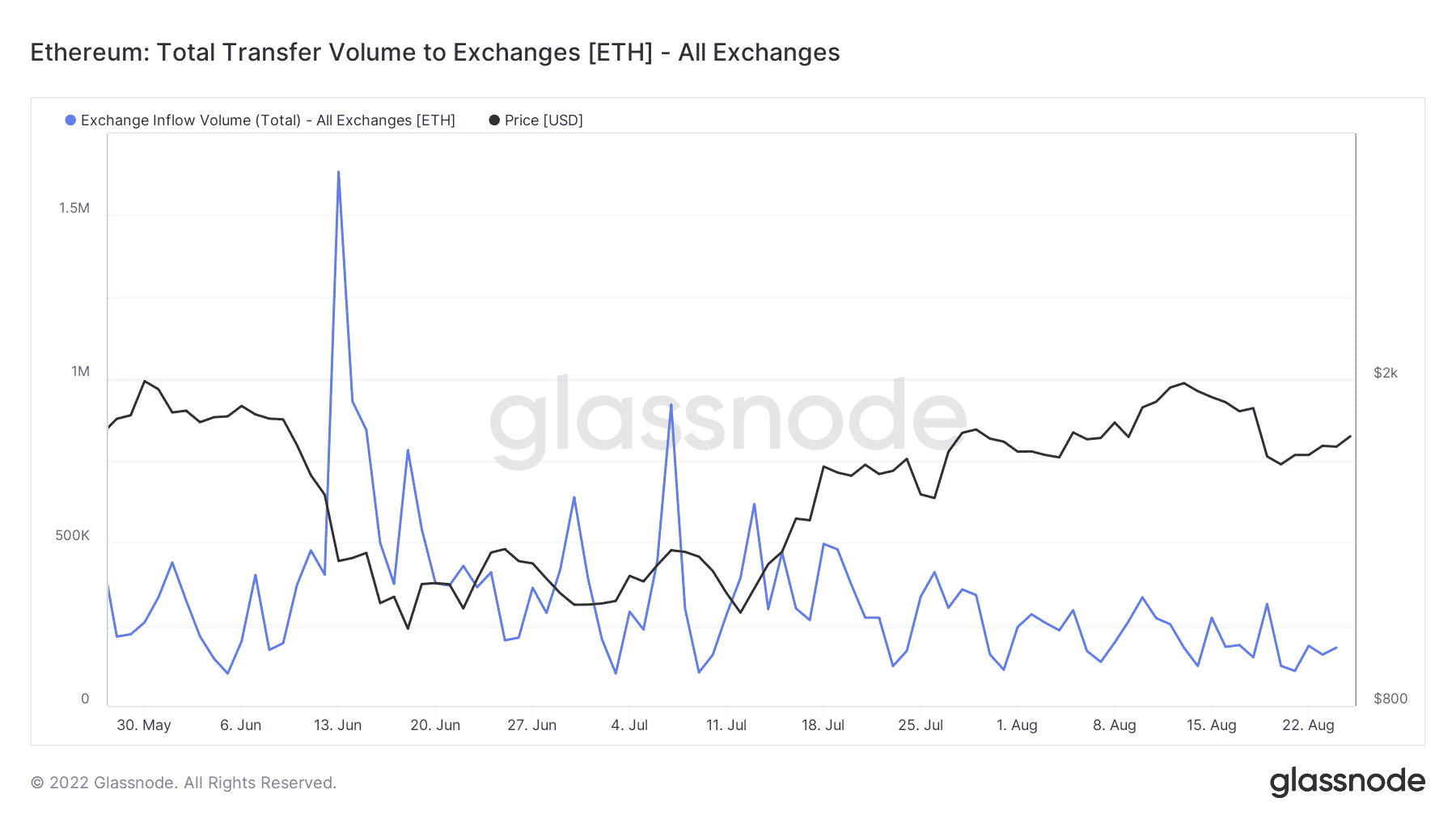 Looking at ETH’s 24-hour uptick, and coupling it with the on-chain metrics, it can be said with much certainty that ETH has brighter days ahead.