ETH whales decreased their holdings prior to Merge- Here’s why


Digital exploits have become a common theme in the crypto industry. At the same time, it has become increasingly rare for protocols to deceive hackers. In a matter of months, Aurora Labs has been able to deflect two potential cross-bridge attacks.

Furthermore, both of these attacks were carried out on the Rainbow Bridge. The first one costed around $5,000 on 5 May.

The latest attempt which was carried out on 22 August, costed five ETH or approximately $8,000. 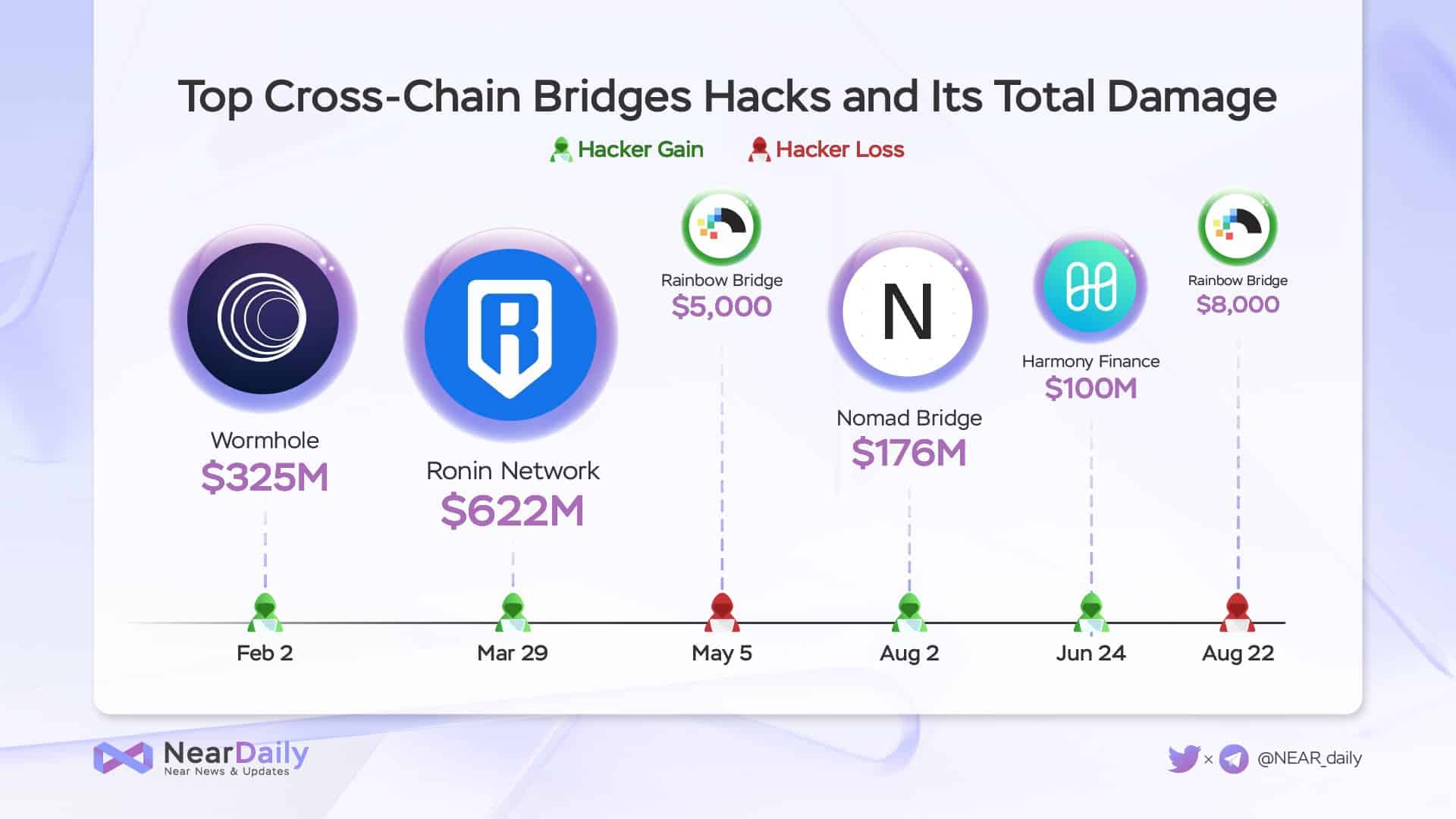 The CEO of Aurora Labs, Alex Shevchenko, briefed on the potential hack on the Rainbow Bridge in a Twitter thread.

Shevchenko explained that the Rainbow Bridge has deployed extensive counter-measures in the case of growing security concerns among cross-bridges.

According to his thread, the Bridge has independent watchdogs which are also watching the Near Protocol. The attack was rebuffed within a matter of just 31 seconds which proved to be enough to ward off the attacker.

🧵 on the Rainbow Bridge attack during the weekend
TL; DR: similar to May attack; no user funds lost; attack was mitigated automatically within 31 seconds; attacker lost 5 ETH. pic.twitter.com/clnE2l8Vgz

Many Near-based projects have seen a major uptick in social activity in the past week. Near Daily, a Twitter account that provides daily news related to the Near Protocol, assembled a list of such projects in a recent tweet.

Furthermore, some top Near-based protocols with the most impressions this week are Orderly Network, Apollo42, Spin, and Jump DeFi.

Additionally, in another tweet, Near Daily briefed on the top gainers on the Near Protocol in the past 24 hours. The list is headed by Spolar followed by a far-distant Oin, Tri, and Paras according to the tweet.

These indicators continue to suggest that the Near Protocol has been ramping up development activity on the network. Additionally, the strong anti-hack measures are contributing to a healthy foundation for NEAR to develop from here.

What about NEAR token?

Well, the NEAR alt has shown some bullish activity in the past 24 hours with a 1.3% uptick according to CoinMarketCap.

However, the token’s movement in the last few days has been in tandem with the crypto bloodbath in the past week.

At the time of writing, NEAR was still 16.6% in losses on the weekly chart after the markets suffered major losses on 19 August.