Bitcoin just entered the sixth day of relatively low activity while hovering within a 9-week ascending support line. Its current performance underscores the increased state of uncertainty especially after the bearish performance it delivered last week.

In most cases, the smart money makes moves while the retail market waits for clarity as far as market direction is concerned. Perhaps a look at what some of the heavy hitters in the realm of Bitcoin may provide insights into the potential market outcome.

It makes sense to look at what institutions are doing since they often have strong purchasing power and influence over the markets. The Purpose Bitcoin ETF holdings proved a reliable indicator for gauging institutional demand.

It’s here to be noted that the Purpose Bitcoin ETF holdings have been offloading BTC since 13 August. However, it leveled out its selling pressure on 23 August and has accumulated slightly since.

To put it into perspective, its Bitcoin balance went up by 95 BTC between 23 and 24 August. The amount of BTC it added to its balance sheet during the aforementioned period was worth roughly $2.06 million. 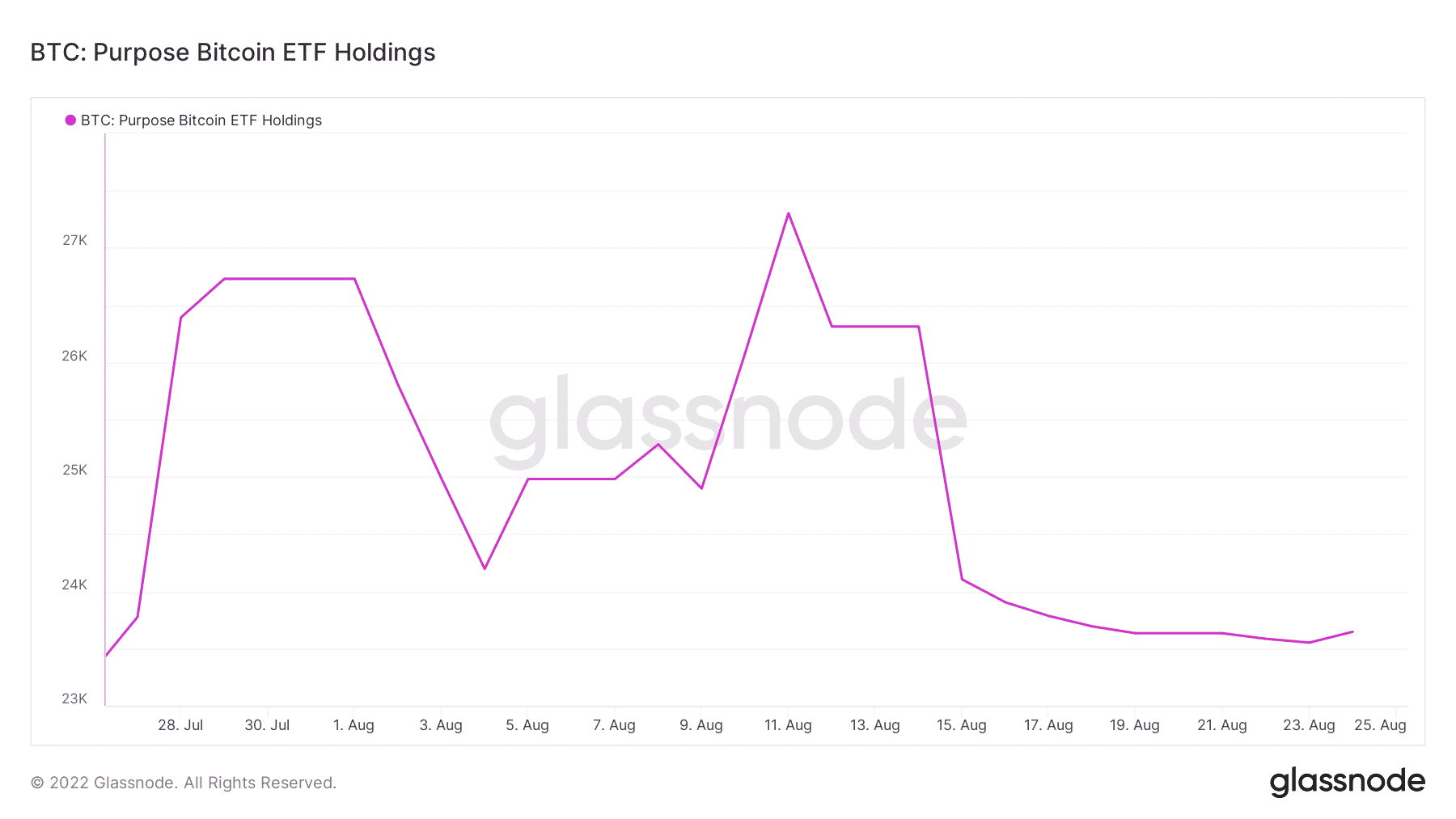 It turns out that whales have also been taking advantage of the slight discount that occurred after last week’s crash.

They may have also contributed to the sell pressure. Addresses holding more than 1,000 BTC trimmed their balances between 14 and 20 August.

Roughly eight new addresses added to the tally of addresses within this bracket from 20 August to the present. It is difficult to quantify the amount of BTC owned by these addresses though.

However, just the eight addresses with over 1,000 BTC means they collectively control over $1.6 billion at current market value. 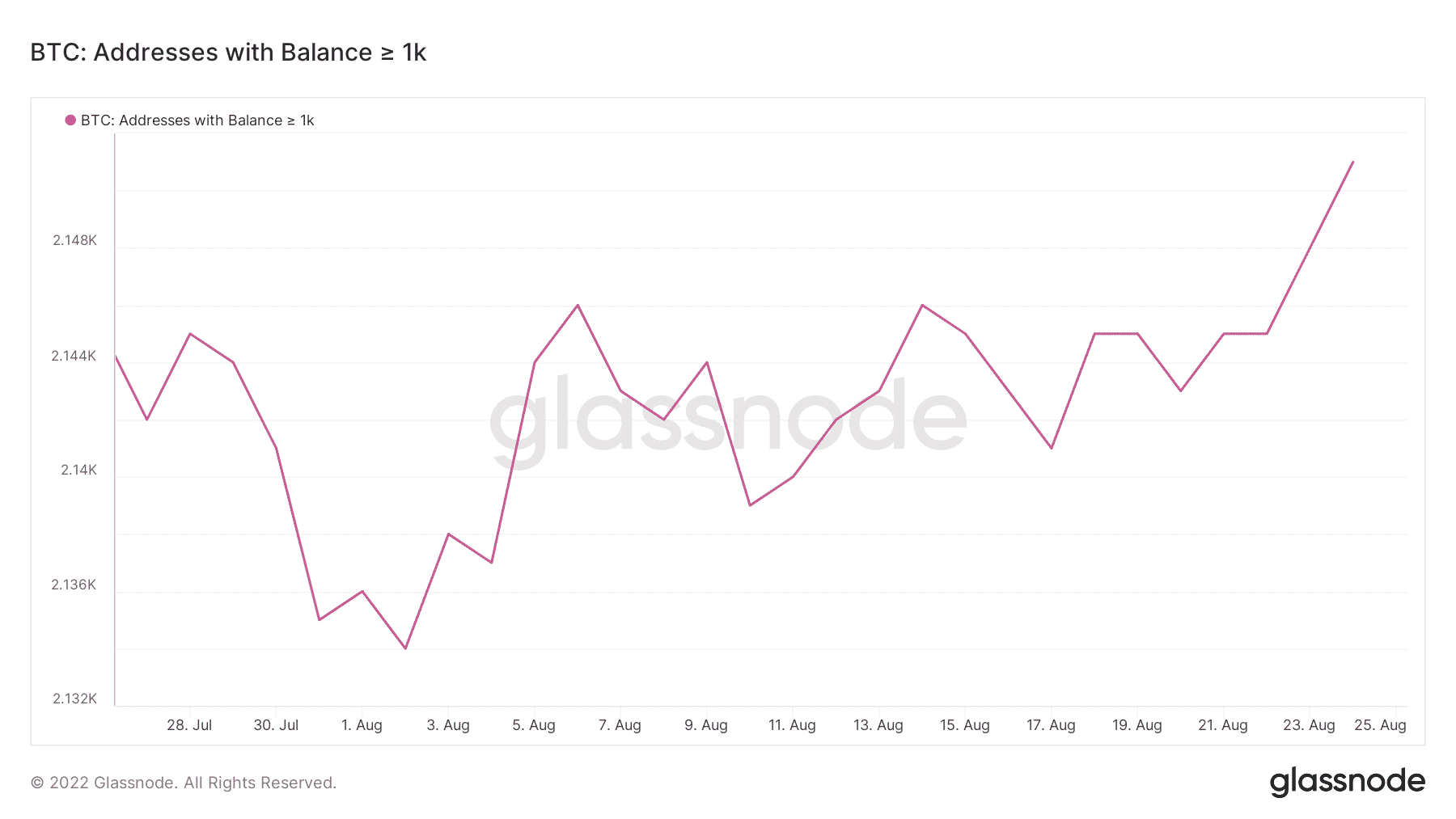 This was the height of last week’s bear market. However, a sharp pivot was observed a day later, confirming the return of strong bullish demand.

Unfortunately, the level of demand did not carry the same momentum in the last two days. This may explain the lack of a strong recovery despite the previous downside. 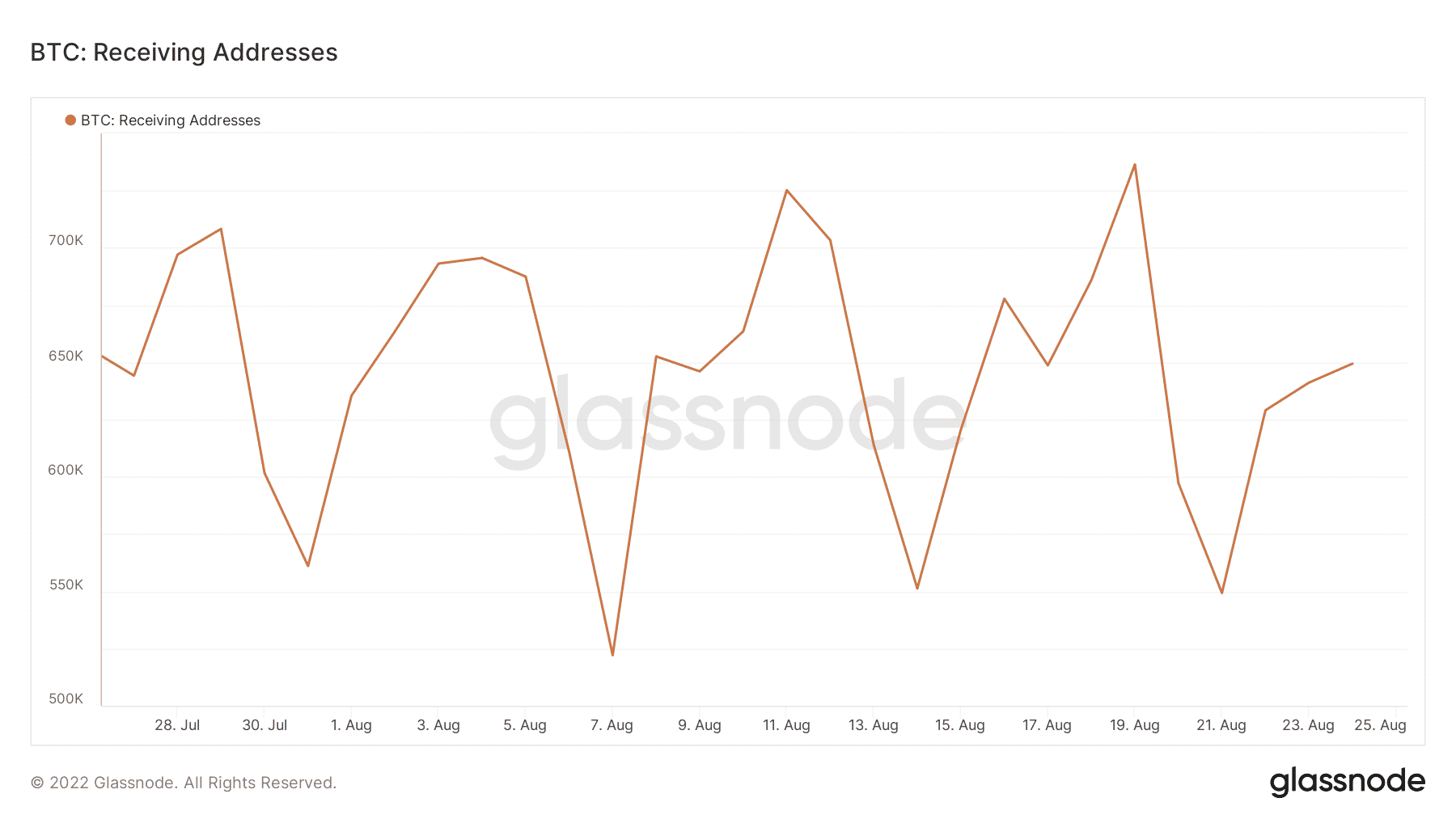 It would be uncharacteristic of whales to buy when the market is headed for more downside.

In this case the whales and institutional investors are buying. This may reflect the improving outlook but investors should note that the trajectory might change at any moment.

The volatile nature of the market can potentially flip the switch in favor of the bears and this reflects the cautious narrative currently observed in the market.

Short Binance Coin [BNB] at $300? Here is why a bearish move is likely

Cosmos collects liquidity and prepares for a move up, but only if ATOM…