NEAR Protocol: These metrics can play a role in pushing NEAR down


The developers of a blockchain network play a critical role in the growth and expansion of the network.

From designing and maintaining the architecture to building smart contracts — developers do it all. And, in light of recent developments, Ethereum [ETH] has come out on top to have the maximum developer activity.

All hail ETH – the new king

According to a ranking compiled by analytic firm Santiment, the Ethereum ecosystem ranked first in terms of developer activity, thus, overtaking major projects.

Reportedly, Ethereum has given tough competition to the former champion, Cardano [ADA] that somewhat lost its place under the development activity metric.

Ethereum registered the highest 30-day rolling average of notable Github development activity as seen in the graph below. 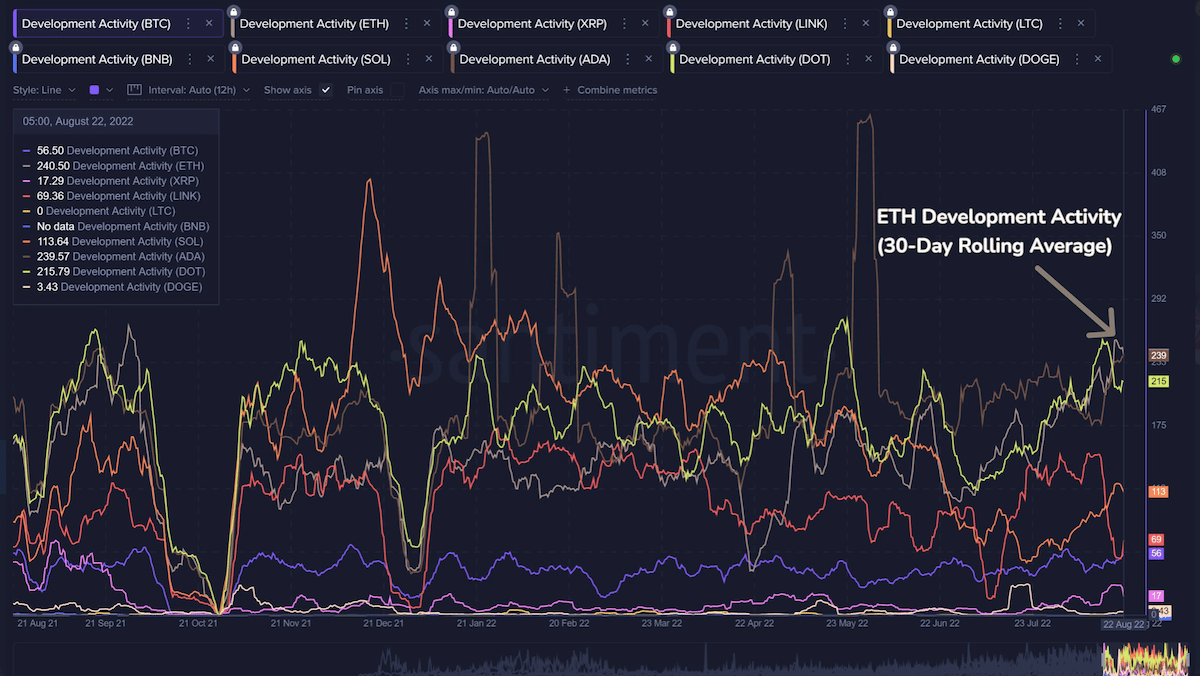 To calculate the metric, the crypto analytics agency used the number of GitHub events that the project generated.

Accordingly, Ethereum, with 240.50 contributions, took the top spot. It was then closely followed by Cardano [ADA], the reigning champ, with a figure of 239 developer events. Following this, Polkadot [DOT] stood at the third position with 215.79 contributions.

Indeed, it was a significant jump from the previous month wherein ETH stood fourth in line, whereas Cardano took the first spot.

The buzz around ETH

Ethereum, being the most popular Layer-1 solution, recorded significant growth, be it in terms of institution adoption or retail craze. The credit for which goes to the hype around the Merge.

It also saw deposits surge from about eight million in mid-May 2022 to a press time value of over 13 million.

Talking about the recent development, a client of Ethereum 2.0, Teku released version v22.8.1.

A necessary update, including the Bellatrix network upgrade and merged transition configuration. As per the release, all mainnet users must upgrade by 6 September.

In addition to this, token circulation too played an important role for ETH.

Not to forget, token circulation doesn’t show the most vital signs especially when it comes to circulation rates in a bear market.

As we’ve seen since late June, some coins have actually shown great recovery signs (like ETH), while others are really lagging behind (like ADA). 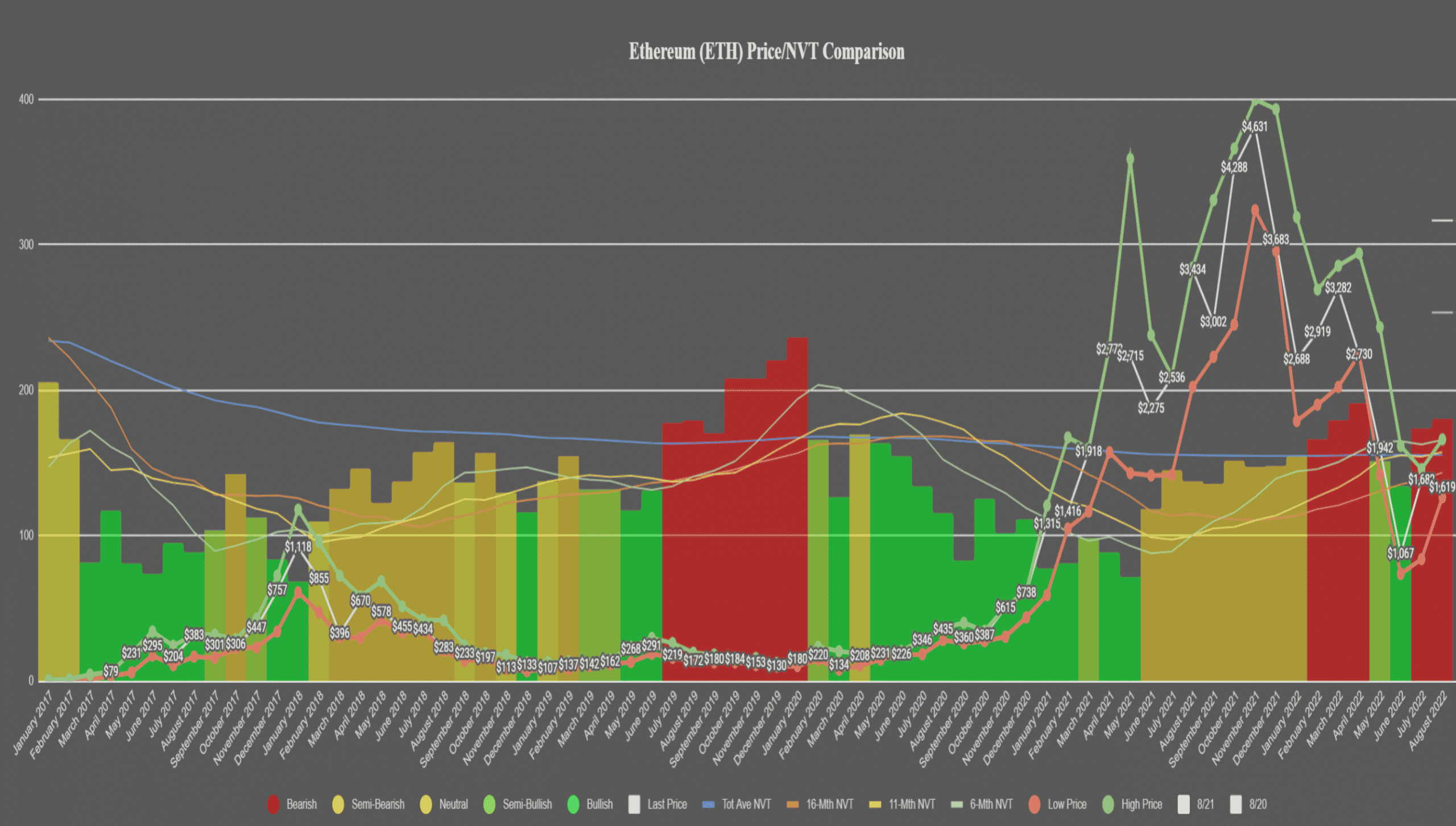 Herein, ETH saw a major up and down circulation throughout its past two years. According to Santiment’s insight,

However, apart from the said timeline, ‘there has been some pretty shaky circulation on the network and a lot of concerning red bars throughout 2022.’

This could imply that ETH was starting to get a bit oversold.