Ethereum Classic [ETC] bulls are already showing signs of momentum weakness, after dominating especially in the second half of July.

The coin after peaking at slightly above $45, retraced below $40. It is now showing signs of more downside and here’s why.

A strong pullback was inevitable after the strong rally that Ethereum Classic delivered towards the end of July.

It manifested in the selling pressure that occurred at the start of the month. This pushed prices as low as $32.13 on 2 August but a bounce-back occurred near the 0.5 Fibonacci retracement line. 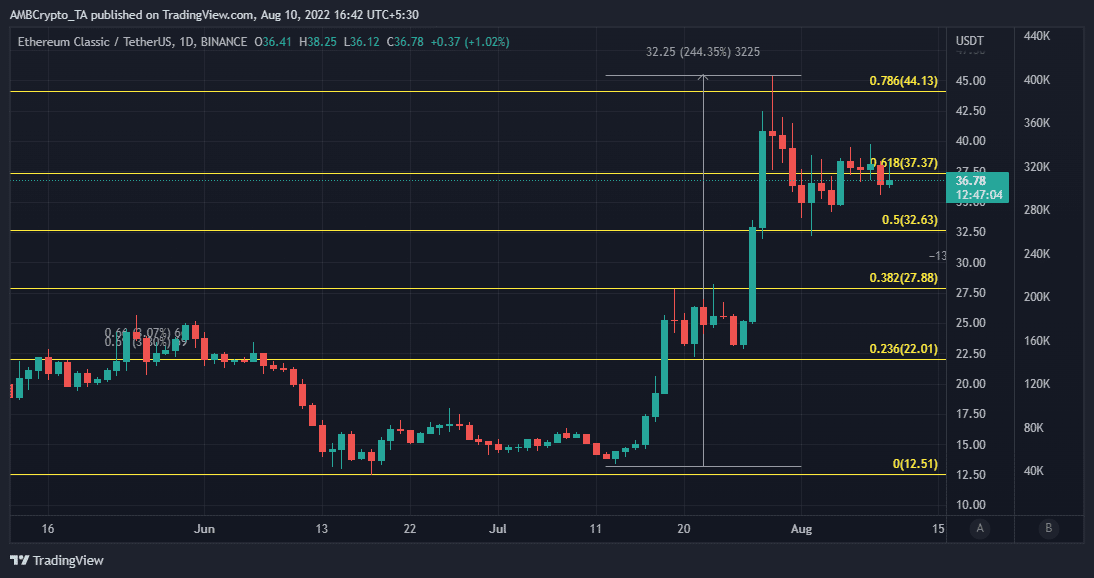 Do the bulls still have a chance?

ETC’s inability to stay above the 0.618 Fibonacci level is another indication of bullish weakness. This outcome might eventually give way to the bears. Some of Ethereum Classic’s indicators already point towards such an outcome.

ETC’s RSI has already retraced significantly below the overbought zone. On 10 August, it was below the 14-day SMA, confirming that the overall trend favored the bears. 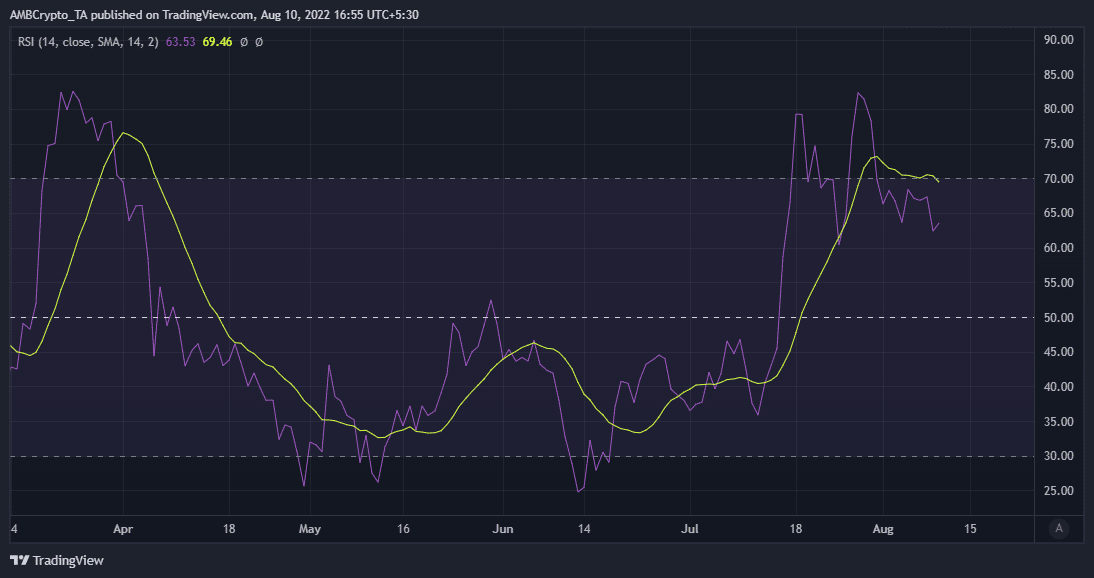 Ethereum Classic’s MACD collaborates the observation with the RSI as selling volume can be seen increasing. The MACD has already crossed below its signal line. The 26-day EMA is inverted below the 9-day EMA. 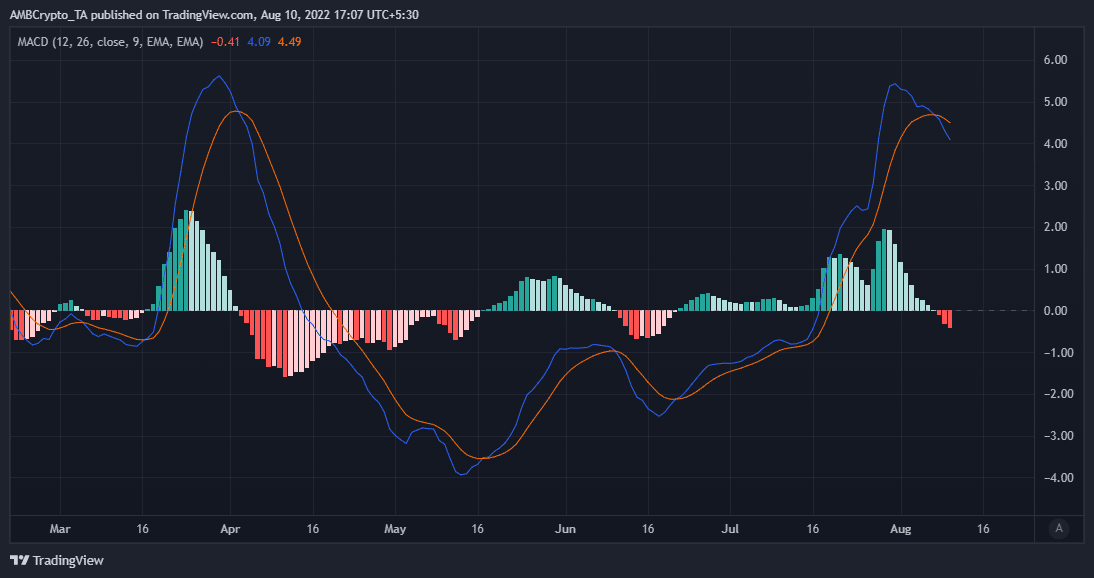 The above indicators point towards an increased possibility of an extended bearish retracement in the next few days.

There are some on-chain metrics that seem to align with this narrative.

The percentage of stablecoin total supply increase since 3 August suggests that whales holding more than $5 million worth of ETC trimmed their balances.

Although Ethereum Classic looks ripe for a deeper bearish pullback, there are also some hopes of a limited downside.

For example, the weighted sentiment metric at press time was -0.51, which meant that it was low enough to favor more buying pressure.

That being said, ETC has also kicked off this week with strong development activity. This might incentivize ETC holders to retain their coins or encourage more buying pressure.

Ethereum Classic’s strong price action in the second half of July suggests that it might be a “buy the rumor, sell the news” outcome. For this reason, investors should keep a close eye on its performance as the Merge draws closer.