Caught between Bitcoin put/call options? Let this be your guide


Over the last week, MATIC has been trying to post positive gains. Even though the bears have the upper hand, the momentum is not entirely in favor of the sellers.

Notably, MATIC was 0.39% down within the past one hour of press time. However, it was still 5.61% up in the last seven days.

Well, the driving force behind this surge might be the launch of Polygon’s latest Bridge for Gnosis Safe.

What’s new on the table?

MATIC’s surge was not out of the blue, as upgrades in a network are often followed by a price hike. The additional capabilities that the Bridge for Gnosis Safe brought helped the coin gain upward momentum.

Transfer your high-value assets from Ethereum to #Polygon where you can save on gas without compromising security.

In this regard, Polygon in a blog noted,

“The integration enables users to enjoy the benefits of Safe’s multisig technology without sacrificing security, cost, and convenience. This means Web3 teams, like DeFi protocols and DAOs, can repurpose their Safe assets without spending an arm and a leg on gas.”

It’s here to be noted that the price increase on 10 August was backed by high volume. Thus, indicating a positive way ahead. At the time of writing, MATIC traded at $0.935 with a market capitalization of $7,071,074,393.

Though MATIC outperformed several cryptos in the last week as its value surged after the launch of the bridge, the daily active addresses on the network have decreased simultaneously.

Thereby, hinting that fewer users are participating in carrying out any transaction on the network. 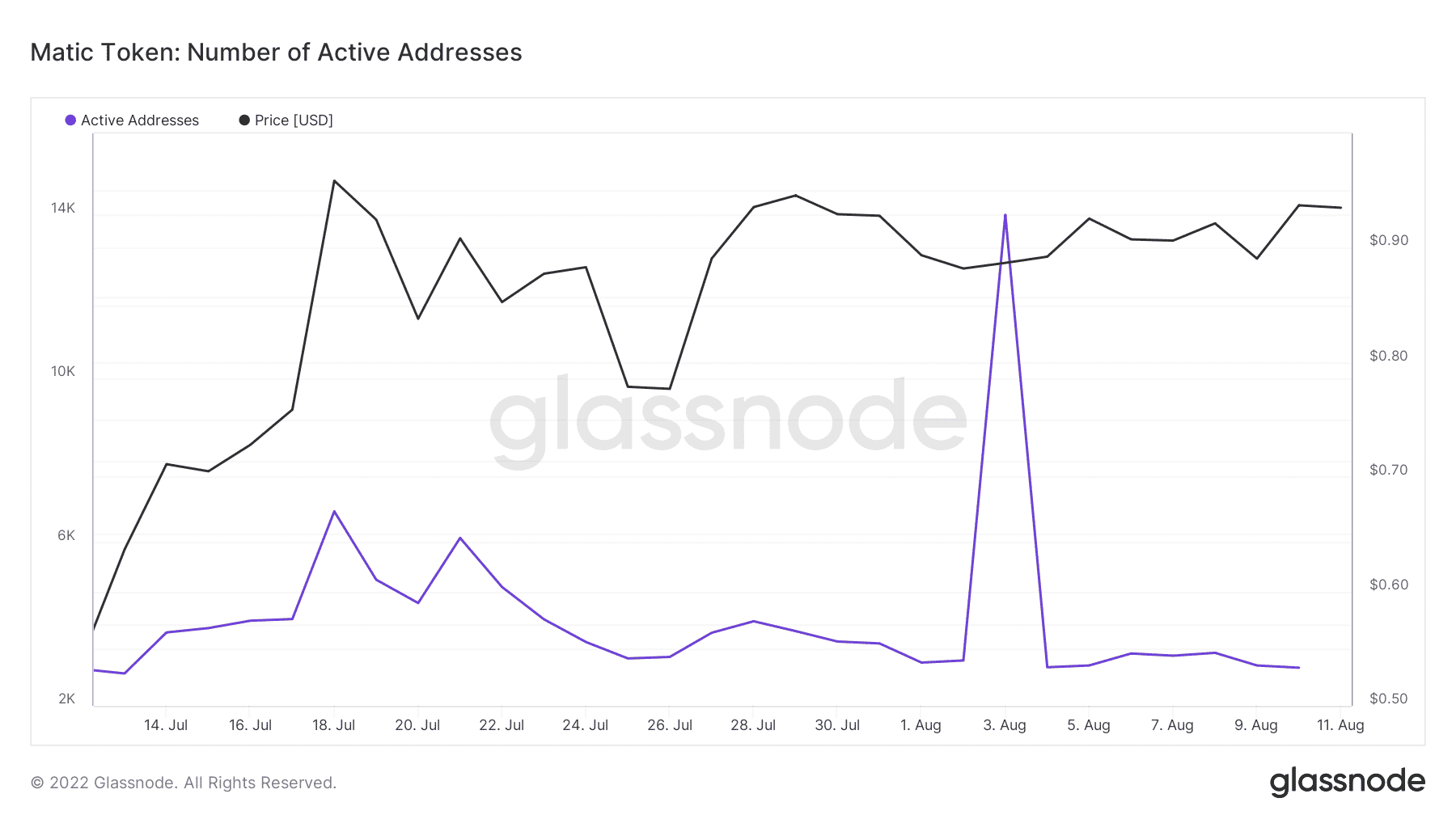 Nonetheless, the active addresses with non-zero balance had increased steadily after the massive fall on 3 August, suggesting that the trust of users on the network was on the rise.

The first half of 2022 was quite promising for MATIC, despite the massive crypto winter that marked the beginning of the year.

The monthly transactions exceeded 90 million, and the number of decentralized applications on the network reached over 19,000.

Furthermore, on the 4H price chart, MATIC was seen trading within a tight range.

The volatility and dynamic nature of the crypto market make it difficult to be certain about anything.

However, the recent uptrend of MATIC, coupled with the developments in the network and projects in the pipeline, suggests better days for the coin ahead.

ApeCoin’s ventures may garner whale attention, but will bulls follow the whales

Ethereum falls below $1320, can traders look to short the bounce

Fed’s Powell stresses on the significance of DeFi regulation and…